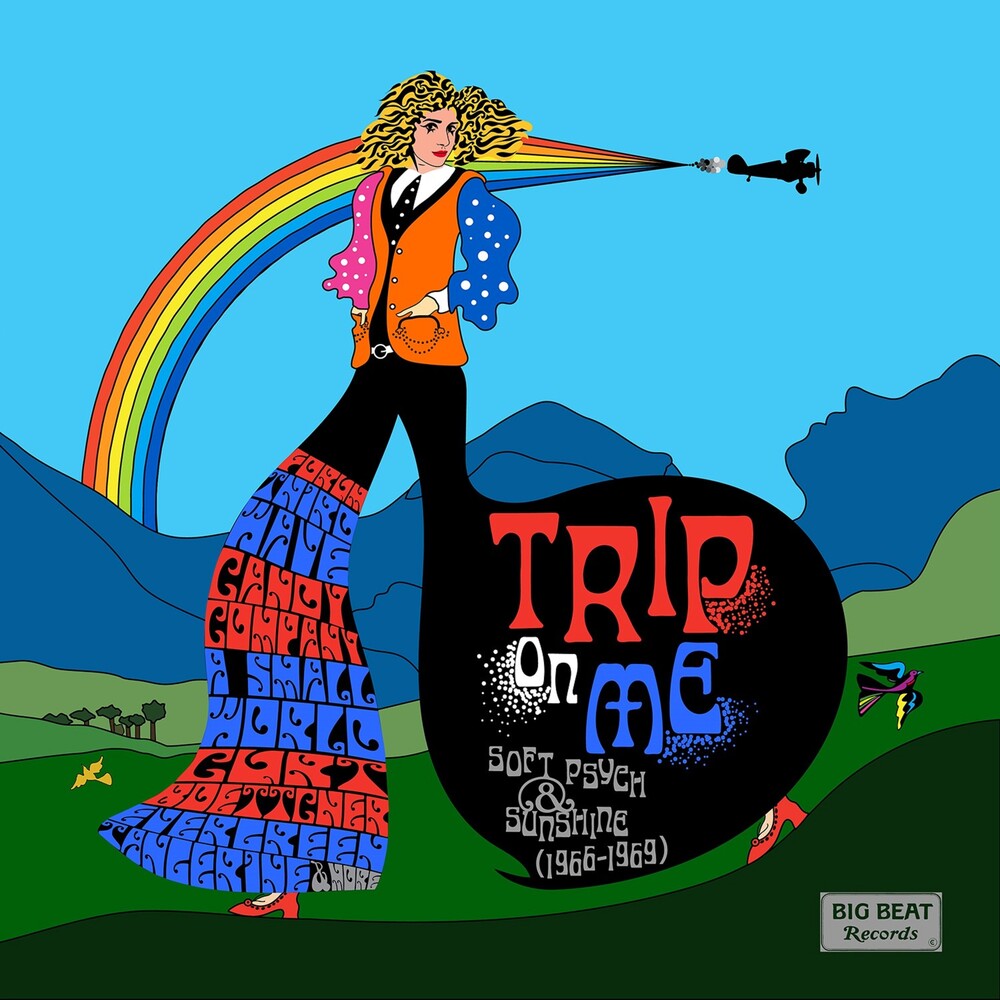 Summer's here and the time is right. . . for a carefully curated compendium of late 1960s California sunshine from the vaults of several hallowed West Coast indie labels and production houses. Big Beat's "Trip On Me: Soft Psych & Sunshine 1966-69" features 24 pop-psych nuggets replete with a healthy dose of dulcet harmony, jazz-tinged charts and studio freakery. All were recorded in Hollywood or the San Francisco Bay Area for collectable labels like Mira and Era or maverick outfits such as producer Gary S. Paxton and SF's Trident Productions. The legendary Curt Boettcher appears not only as producer but also as backing vocalist on several cuts, as well as featured artist on a fascinating demo. Collectable obscurities such as JP Rags, the Pretty People and The Thousand Faces are joined by sunshine pop staples The Forum, Primrose Circus and Filipino female quintet The Third Wave, who are represented by two rare early recordings. Drawn from unreleased masters and session tapes with top-notch sound quality, and detailed liner notes revealing the facts behind such unheralded acts as the Lollipop Fantasy, Candy Company and A Small World, "Trip On Me" is an essential purchase for 60s pop fanciers of all persuasions.