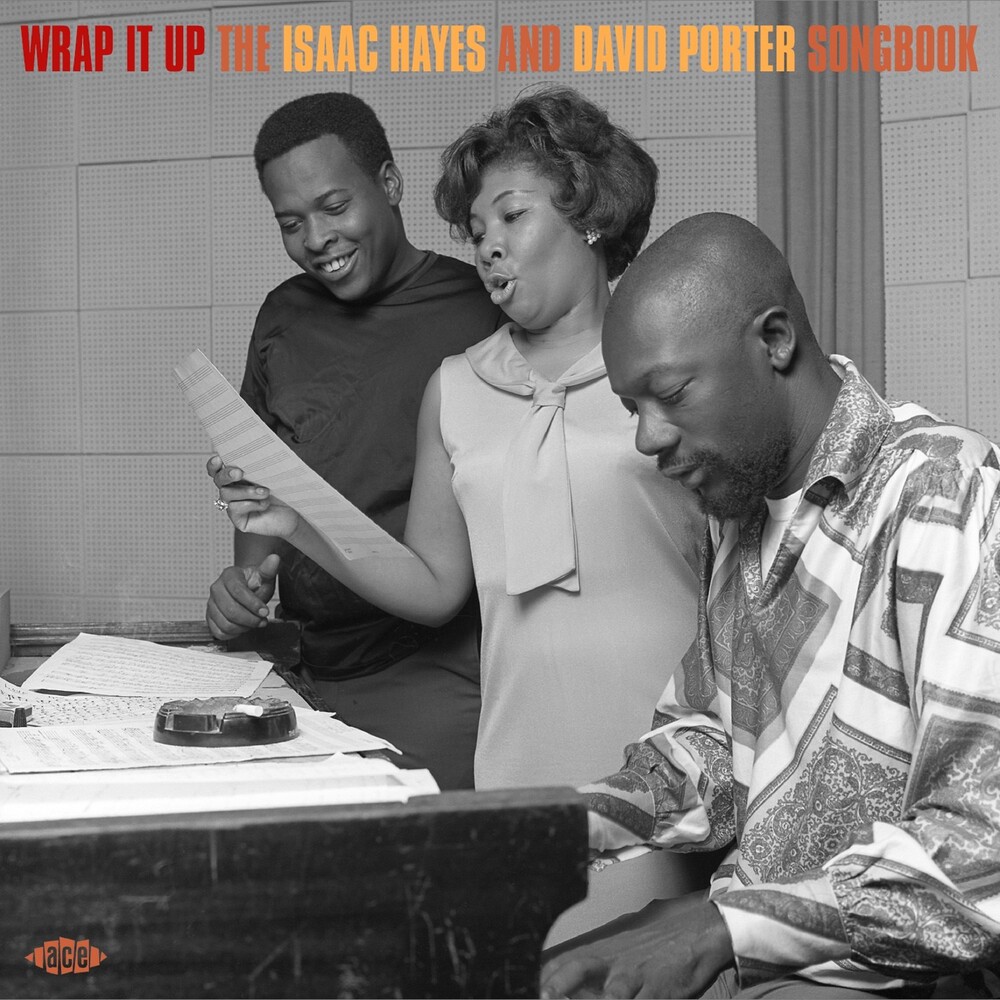 Their partnership lasted barely four years and just over 50 songs - but between 1965 and 1969 Isaac Hayes and David Porter penned some of soul's most enduring anthems of their era, many of which are still being regularly performed and recorded to this day. Ace are delighted to welcome them into our ever-popular Songwriter Series this month with "Wrap It Up", a fantastic collection featuring almost half of the total number of songs they wrote together in versions you would expect, and versions you wouldn't. Hayes and Porter wrote for almost every major act on the Stax roster, but the commercial appeal of their songs gave them appeal to artists operating outside the perimeters of soul music. ZZ Top, Peter Frampton, the (Count) Bishops and Charlie Rich are just some of the fine turns you will find here essaying Hayes and Porter copyrights alongside Stax stalwarts such as Johnnie Taylor, Mable John, the Emotions, the Soul Children, Otis Redding and Carla Thomas, and, of course, Sam and Dave whose recordings of their songs were what established Hayes and Porter as a peerless songwriting force in the first place. As lovingly curated and expertly annotated as you would expect any Ace project in the Songwriter Series to be, "Wrap It Up" is another valuable piece in the great American songwriting jigsaw, and very much a collection where the songs that were not necessarily big hits are easily on a par with those that were. It is a fitting audio tribute to two men who have between them won just about every major award going, from Grammys to election to the Songwriters' Hall of Fame.