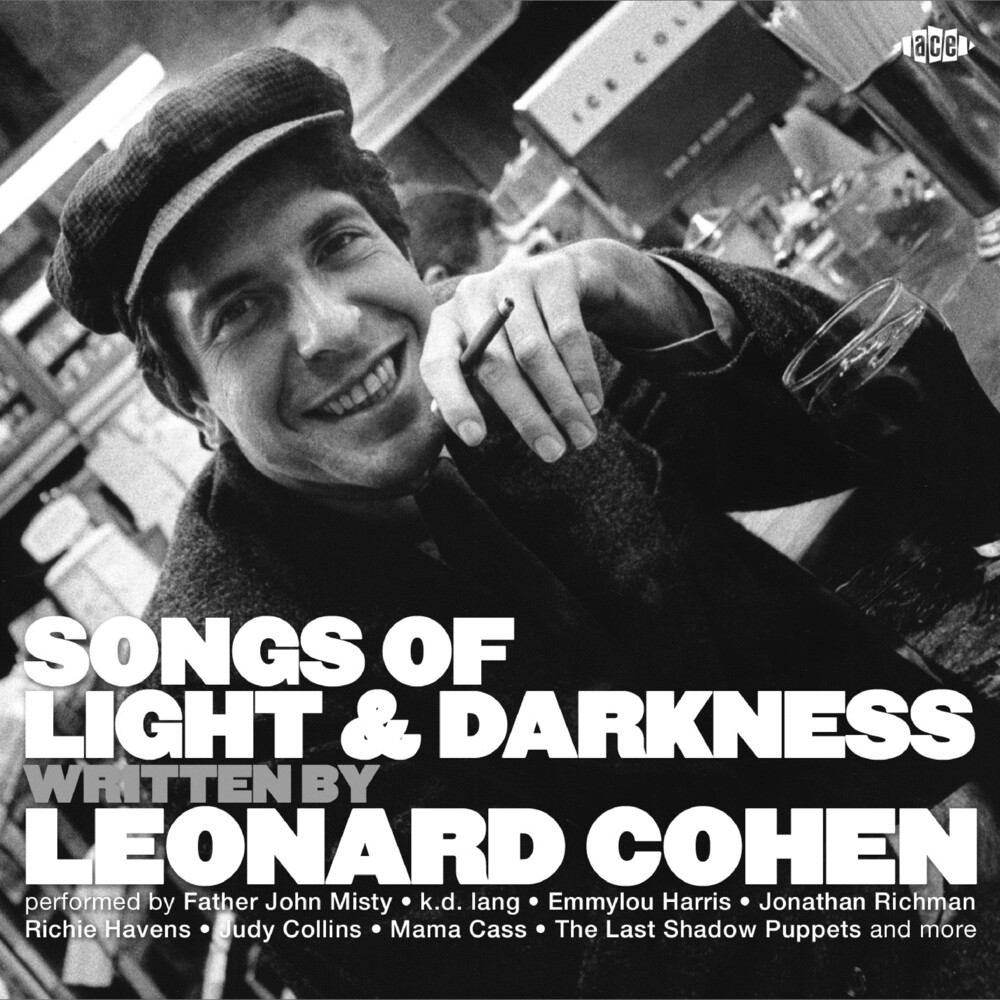 "I've never gotten over the pleasure of someone covering one of my songs, which probably stems from coming up as a folksinger where it was understood that songs develop a patina through interpretation. I feel that's the mark of excellence," Leonard Cohen once said. Of all the CDs we have released since 2018, "Hallelujah: The Songs Of Leonard Cohen" (CDTOP 1544) is the best seller. By popular demand, here's our second selection of Cohen covers, including versions of two songs never recorded by the man himself. It was the poems of his hero, Federico García Lorca, that gave Cohen permission to write. Not to imitate Lorca's style or content, but to pick up a gauntlet that had been thrown down. Alongside Lorca, he found inspiration in folk and country, songs of solidarity, songs of survival in the face of oppression. Yet there were earthier reasons why Cohen wrote, and particularly why he augmented his first loves, poetry and prose, with songwriting and performing. Just as murder is mostly committed for passion or money, so Cohen became a singer-songwriter in large part because of these twin motivations. In the former he was certainly successful. As regards the latter, his life as a singer-songwriter meant he was able to live far more comfortably than on his poetry and fiction alone. However, songwriting was an arduous endeavour for him. 'Hallelujah', for example, took over four years to write - His consummate skill in rhetorical and literary devices, his knowledge of religious doctrine and ceremony, his willingness to include profanity and sexually explicit imagery, and of course his black humour all combine to make his songs unlike any other. This is one of the reasons that his songs have been so in-demand from serious musical talents, and why Ace Records' second volume of Cohen's songs is as rich as the first. Just as he found Lorca's poetry a touchstone for himself, the artists on here seem to take up Leonard Cohen not to copy him, not even to emulate him, but to find their own voice from the considerable challenge he sets them.