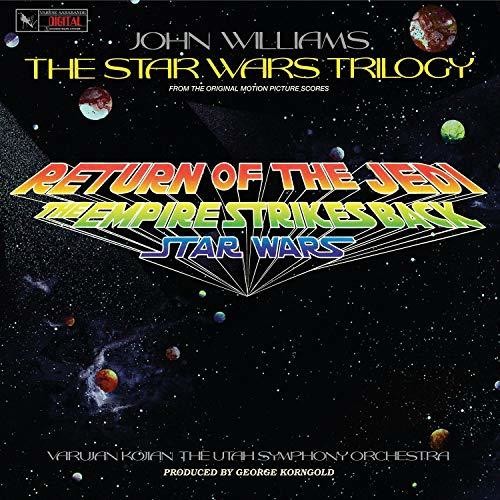 Limited vinyl LP reissue of this best-selling album. First released in 1983, this compilation of music from the original three films, (Star Wars/Empire/Jedi) is one of the best-selling albums ever released by the seminal film music label, Varèse Sarabande. Officially endorsed by Lucasfilm and composer John Williams, the outer packaging contains actual stills from each of the three original Star Wars films and a letter from John Williams that consumers can read on the back of the album. While it features music composed by Williams, the music contained on this release was performed by the Utah Symphony Orchestra conducted by Varujan Kojian. The album was produced for That's Entertainment Records and Varese Sarabande Records by George Korngold.