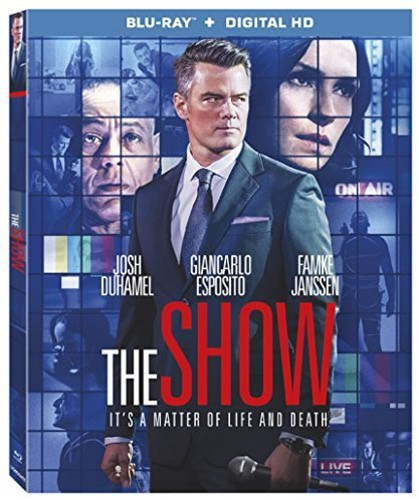 An act of violence on a reality dating show leads it's host, Adam Rogers (Josh Duhamel), to a job as emcee of a new program that features real, on-air suicides. Rogers' hopes that the show would provide a forum for troubled souls while also raising money for their families are quickly dashed as the series becomes a ratings juggernaut, thanks to the grisly tastes of it's dedicated viewers. Famke Janssen, Giancarlo Esposito (who also directed), Caitlin Fitzgerald, and James Franco co-star in this scathing look at modern television. AKA: This Is Your Death." 106 min. Widescreen; Soundtrack: English DTS HD 5.1 Master Audio; Subtitles: English, Spanish; "making of" featurette; interviews; theatrical trailers.