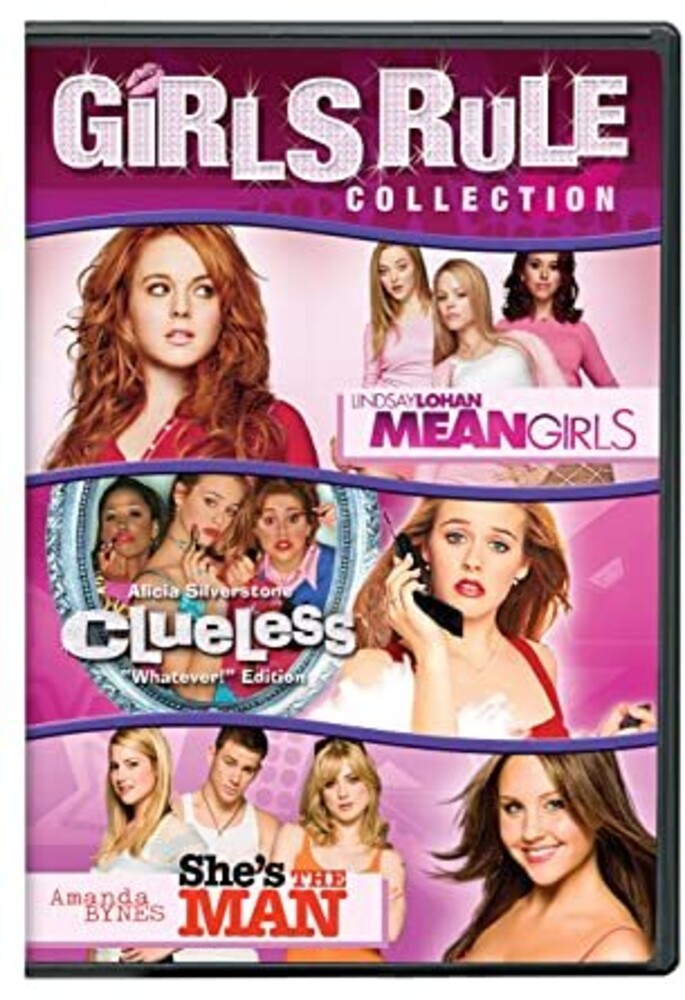 Three-disc set includes: Clueless (1995)Righteous teen comedy starring Alicia Silverstone as Cher, Beverly Hills high school student and pampered daughter of a widowed lawyer, who tries to help her classmates and family with romance and fashion advice, while eventually coming to examine the problems in her own seemingly perfect life. Stacey Dash, Brittany Murphy, Paul Rudd, Donald Faison, and Dan Hedaya co-star in director Amy Heckerling's hit film (based on, of all things, Jane Austen's "Emma"). 97 min. C/Rtg: PG-13 Mean Girls (2004)Tina Fey scripted and co-stars in this sharp comedy, based on the book by Rosalind Wiseman. Teenager Cady Heron (Lindsay Lohan), after being home-schooled in Africa by her zoologist parents, suddenly winds up in a suburban Illinois high school. But not even growing up in the jungle could have prepared Cady for the struggles she now faces, especially when she starts dating the most popular girl in school's ex-boyfriend. With Rachel McAdams, Lacey Chabert, Tim Meadows, Amy Poehler. 96 min. C/Rtg: PG-13 She's The Man (2006)"Just One of the Guys" meets "Twelfth Night" in this delightful comedy starring Amanda Bynes as Viola Hastings, a sports-loving teen who agrees to disguise herself as her twin brother Sebastian and attend his school while he tries to make it big as a musician in London. Determined to prove her athletic skills, "Sebastian" joins the soccer team and quickly falls for the squad's hunky star player-her new roommate. With Channing Tatum, Laura Ramsey, Julie Hagerty, and David Cross. 105 min. C/Rtg: PG-13