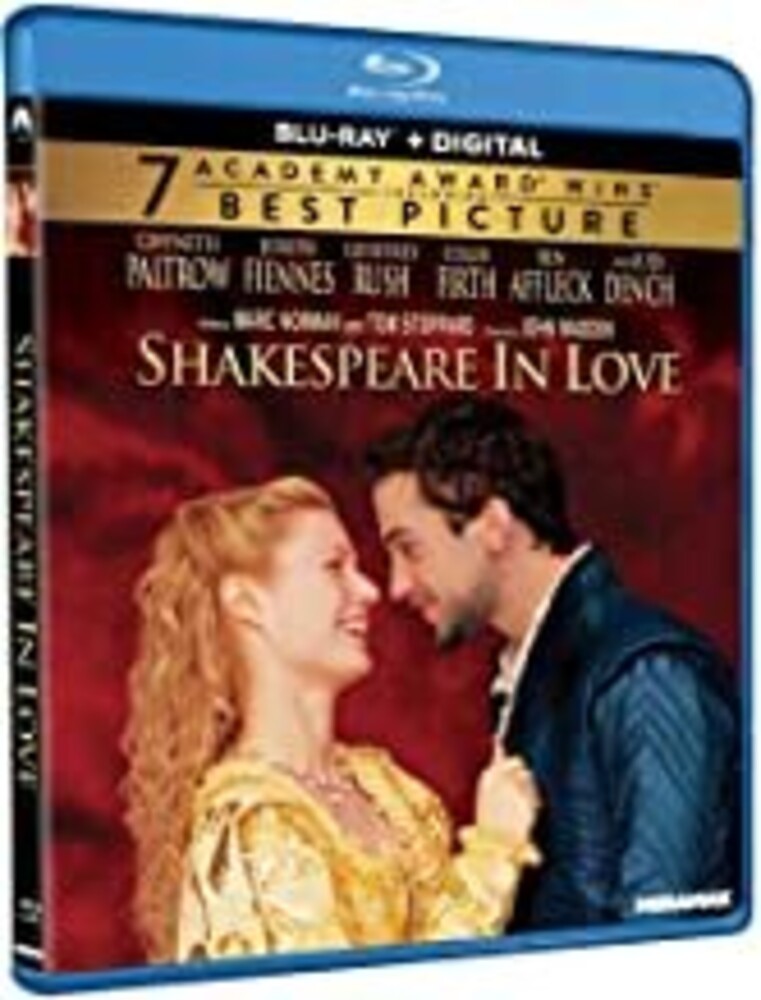 Witty and romantic-and fictional-account of Shakespeare's early days stars Joseph Fiennes as the young playwright, struggling with his latest work, "Romeo and Ethel, The Pirate's Daughter." Inspiration and love come in the form of a nobleman's daughter (Gwyneth Paltrow), who, unknown to Will, is also appearing in male drag in his new drama. Geoffrey Rush and Judi Dench also star in this winner of seven Oscars, including Best Picture, Best Actress, and Best Supporting Actress. 122 min. Widescreen; Soundtrack: English.