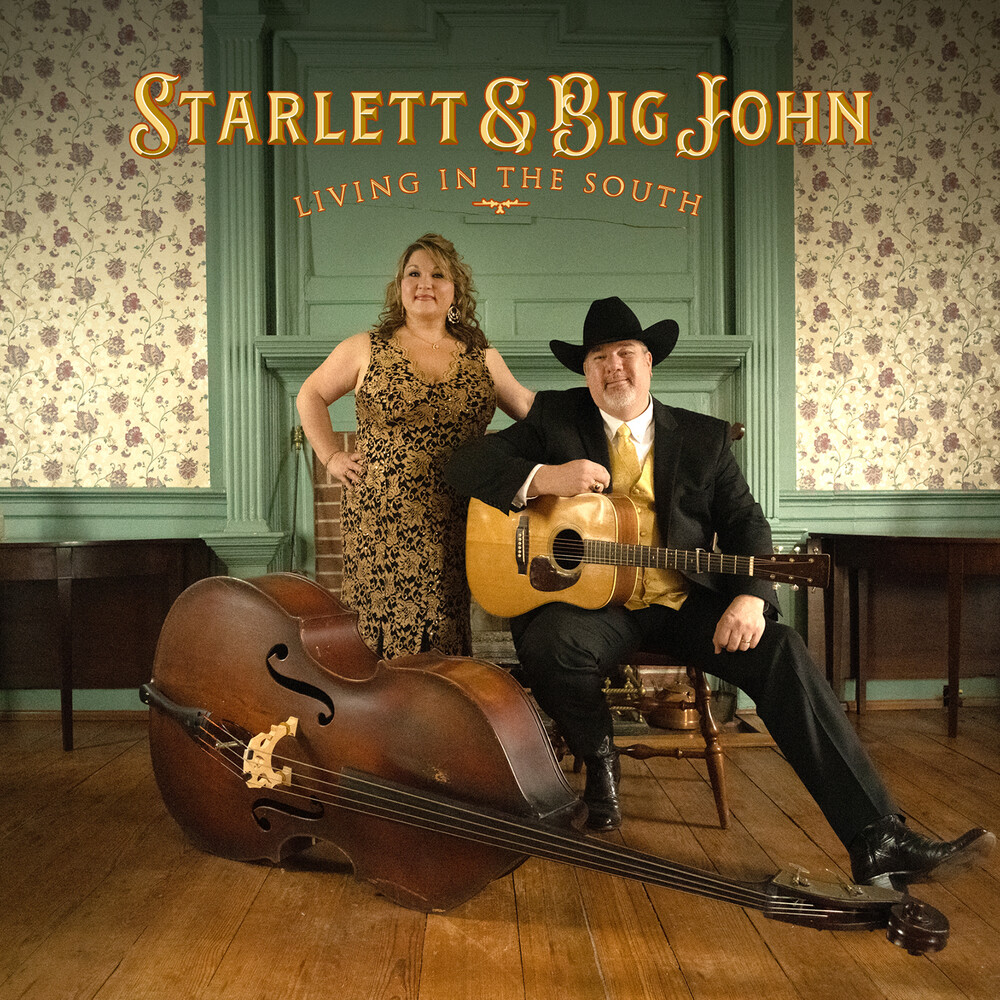 It has been just three years since guitarist Big John Talley and singer Starlett Boswell happened to meet and form their band, Starlett & Big John, but in that relatively short time, they have garnered praise from all corners of the bluegrass community. Their debut Rebel single, "Straight 58" has met with great success including regular play on Sirius XM's Bluegrass Junction and charting on a number of DJs' playlists. With the release of their full album Living In The South, there is little doubt the kudos will continue! With it's impressive array of original material written by Starlett and Big John as well as it's well-chosen covers, Living In The South highlights Starlett's powerful vocals and range. Big John has a voice that is made to sing bluegrass and he takes the lead on two songs while on the others blends harmony with Starlett perfectly. They are supported by David Carroll playing banjo, Johnathan Dillon on mandolin, and Ron Stewart - who also produced and engineered the project - guesting on fiddle.