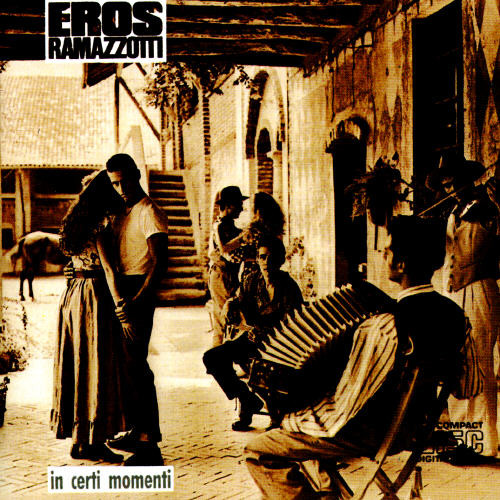 ''In certi momenti'' (''At Certain Times'') is the third album by Italian pop/rock singer Eros Ramazzotti, produced by Piero Cassano and released in 1987 on the BMG label.

The decision was taken not to release any singles from ''In certi momenti'' in the domestic Italian market, although "La luce buona delle stelle" was released in other European territories. This track features the first of many vocal collaborations between Ramazzotti and other singers, in this case English singer/actress Patsy Kensit. ''In certi momenti'' topped the Italian Albums chart, selling 900,000 copies, while global sales currently stand at 3,700,000. - Wikipedia