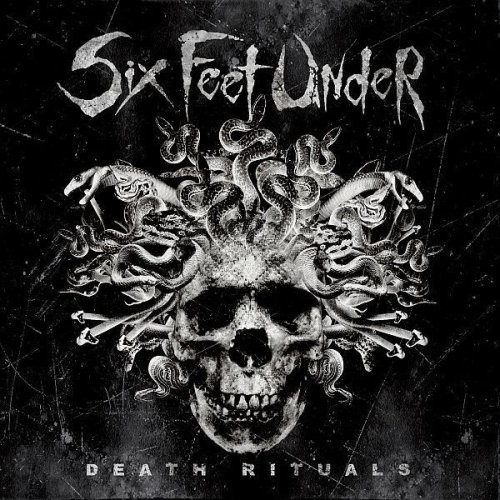 "A down n'dirty monolithic death metal album with no holds barred..."- Metal Maniacs

''Death Rituals'' is the eighth studio album by American death metal band Six Feet Under. It was released on November 11, 2008 through Metal Blade Records. It is also available in a limited digipak edition with three live bonus tracks.

On October 6, 2008, the song "Shot in the Head" was posted at Brave Words & Bloody Knuckles as part of their "Knuckle Tracks" online player. The song was removed on October 12, 2008.

Another new song called "Seed Of Filth" is available for streaming on the Metal Blade Records MySpace page since October 21, 2008. This song will also be the first single, with a video shot on October 31, 2008 at Gasoline Alley in Largo, Florida. - Wikipedia