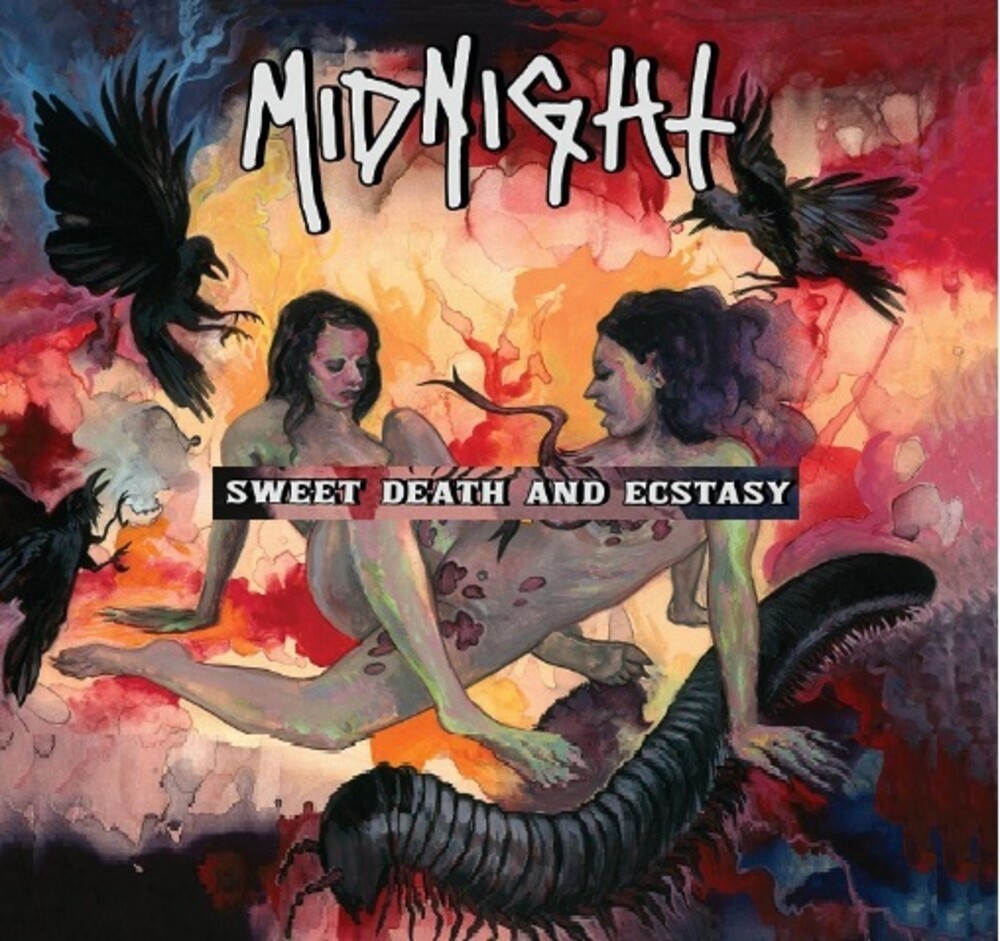 Limited colored vinyl LP pressing. With their 2017 third album, Sweet Death and Ecstasy, Athenar and Co. Returned with their darkest and most daring effort yet. Granted, upon the first detonating chords of opener "Crushed by Demons," it would be fair to assume that Sweet Death and Ecstasy is simply classic Midnight... until the track time nearly doubles what a characteristic track of theirs would be. This is no mere bloat, though: bookended by two of the band's longest songs to date, Sweet Death and Ecstasy lays bare a more anguished 'n' aggravated Midnight, forever in thrall to the usual subjects (lust, filth, sleaze) but speaking a slightly different, altogether-more-poisonous tongue. It both charges harder than ever and also puts on the brakes to bang 'n' clang in a manner most foul. Indeed, Midnight truly deliver Sweet Death and Ecstasy in a swift 32 minutes, and it's absolutely addicting. 2021 pressing on colored vinyl LP.