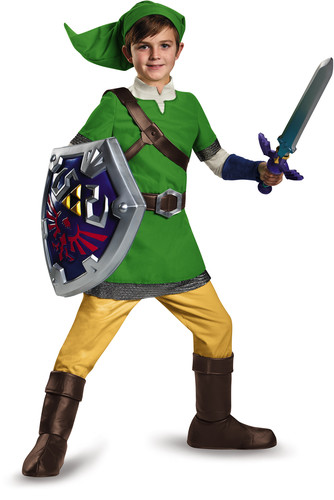 The Legend of Zelda is a high-fantasy action-adventure video game series created by Japanese game designers Shigeru Miyamoto and Takashi Tezuka. It is primarily developed and published by Nintendo, although some portable installments have been outsourced to Capcom, Vanpool and Grezzo. The series' gameplay incorporates elements of action, adventure and puzzle-solving games. The series centers on Link, the playable character and chief protagonist. Link is often given the task of rescuing Princess Zelda and the kingdom of Hyrule from Ganon, who is the principal antagonist of the series; however, other settings and antagonists have appeared in several titles. Since the original The Legend of Zelda was released in 1986, the series has expanded to include 19 entries on all of Nintendo's major game consoles, as well as a number of spin-offs. The Legend of Zelda is one of Nintendo's most prominent and successful franchises, selling over 80 million copies as of 2017.