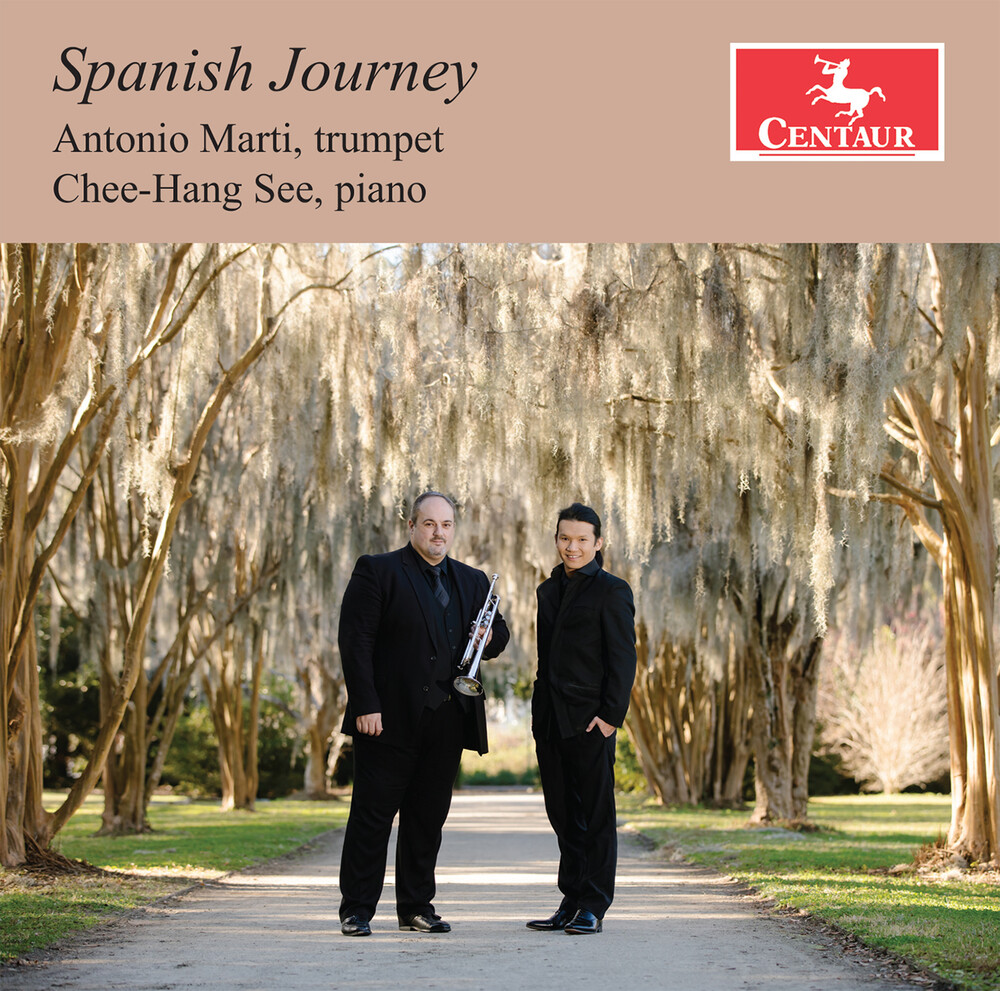 Antonio Marti takes us on a Spanish journey with works by Manuel de Falla, Agustin Ramos, Pascual Piqueras Cabanillas, Salvador Chulia Hernandez, and Juan J. Colomer. Antonio Martí was appointed Principal Trumpet with the Charleston Symphony Orchestra in Charleston, South Carolina in May 2015. Born in Valencia, Spain, Martí started playing music at eight years old. His father was a musician, and when they moved to the Canary Islands, he began studies at the Tenerife Superior Conservatory with Francisco Ramos (principal trumpet of the Municipal Band of Tenerife), and Agustin Ramos (trumpet professor at Tenerife Conservatory). After graduating with honors in 1998, he moved to New York City, where he studied at the Mannes College of Music with Vincent Penzarella (assistant principal trumpet, New York Philharmonic.) He graduated with a Bachelor of Music with honors in 2003. He is joined by pianist Chee-Hang See.