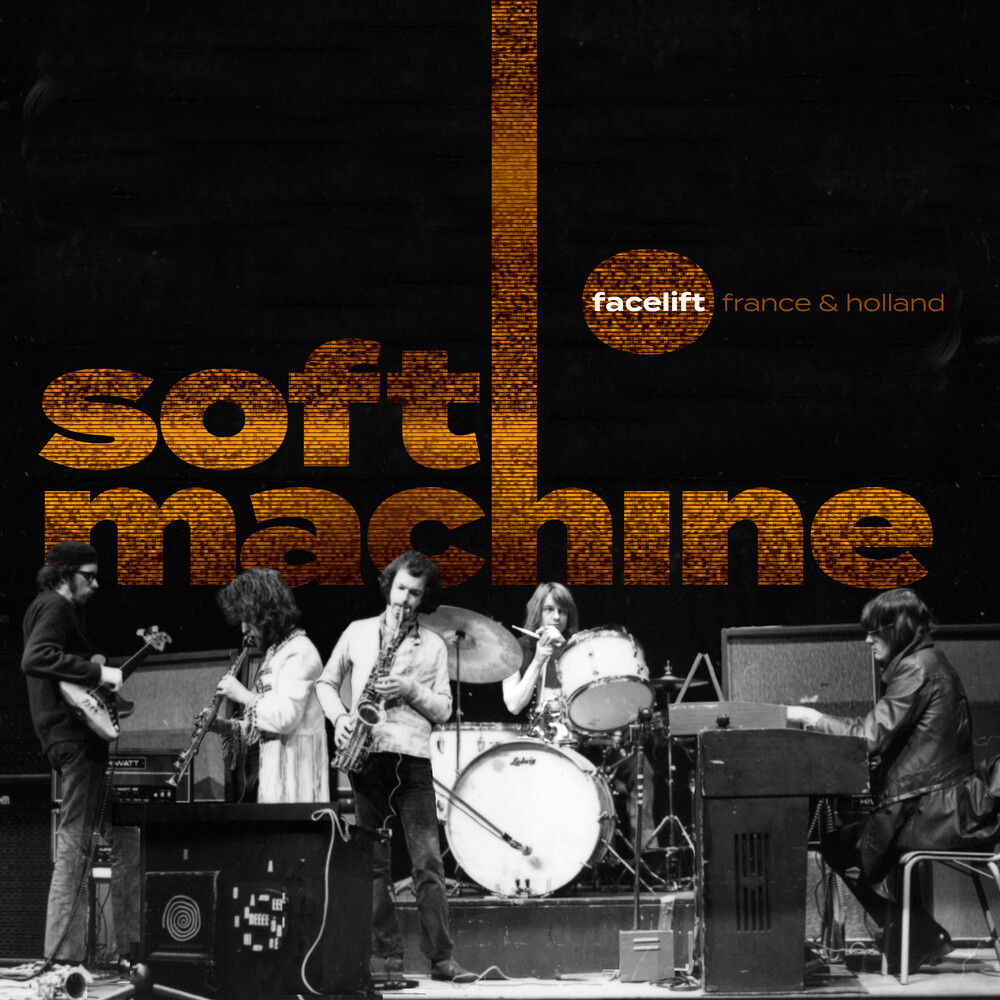 From their beginnings as a psychedelic rock band in 1966, sharing stages with Pink Floyd and the Jimi Hendrix Experience, to being one of the originators of electric jazz/rock by early 1969, Britain's Soft Machine were restlessly creative. Facelift France and Holland captures them at a pivotal moment in the first quarter of 1970 as a short-lived quintet, just before they recorded and released their breakthrough album Third. As broadcast on the French TV programme Pop 2, the film of Soft Machine's concert at Paris' Théâtre de la Musique, which constitutes the main course of this release, stands as an exceptional document of the band at, arguably, it's artistic peak. It is the earliest footage of the band to be commercially released and also the only video footage known to exist of the quintet line-up that was active from January to March 1970, and contains the only professionally-recorded performance of "Out-Bloody-Rageous" with Lyn Dobson on second sax. It also is the only professionally-recorded alternative performance by the quintet of "Facelift" (the original appearing as the opening track on Third). In addition to the March, 1970 material presented here on CD and DVD in splendid stereo sound, Disc 3 presents a previously unreleased performance at Amsterdam's Concertgebouw from January 1970. French composer and guitarist Frédéric L'Épée formed his first serious band, Shylock, while in his teens and waxed two now highly collectible albums with that formation in the mid 70s; moving on to the guitar-centric combo Philharmonie, which produced a further five full-length LPs; and then working with YANG since 2004. The European quartet's fourth release, Designed For Disaster - their second for Cuneiform - is Yang's first to feature singing, although his use of words is "meant to communicate an impression and not meaning", he points out. With Designed for Disaster, his compositions primarily have their genesis in Baroque music, minimalism, and of course the progressive rock he gravitated towards as a teenager, with King Crimson's Robert Fripp as his acknowledged guru, but there are passages on Designed For Disaster that sound very much like what Steve Reich might have arrived at had he been writing for two guitars, electric bass, and drums rather than for percussion ensemble.