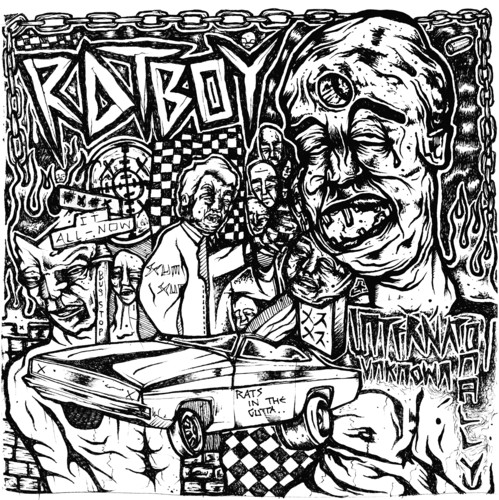 UK artist RAT BOY has teamed up with Tim Armstrong to produce his new album titled ‘INTERNATIONALLY UNKNOWN’, being released in North America via Armstrong’s Hellcat Records label. RAT BOY first found Armstrong’s punk/hip-hop band The Transplants in his father’s record collection, and subsequently delved into his back catalogue with Rancid and Operation Ivy. RAT BOY had repeatedly mentioned his admiration of Armstrong in interviews, which led to the L.A. punk veteran discovering the young Essex upstart. RAT BOY and Armstrong immediately connected through a shared love for mixing the visceral energy of punk with hip-hop beats. In many ways, it’s hardly surprising: both musicians share similar influences and often reflect on their upbringing in their lyrics. The pair met in Los Angeles at Armstrong’s Shiprec Studios where the momentum was such that the project was entirely written and recorded during three visits, which amounted to a total of two months’ work. RAT BOY’s live band joined him in Los Angeles, while other collaborators include former Aggrolites bassist J Bonner and The Interrupters’ vocalist Aimee Interrupter. John King of The Dust Brothers (Beastie Boys, Beck) also contributed production. The result is twelve tracks which amplify RAT ROY’s rabble-rousing riot act to a new level. He’s drawing on diverse influences which echo, at various points, The Clash, Beastie Boys, The Prodigy, Rebel MC, Green Day and Run DMC.