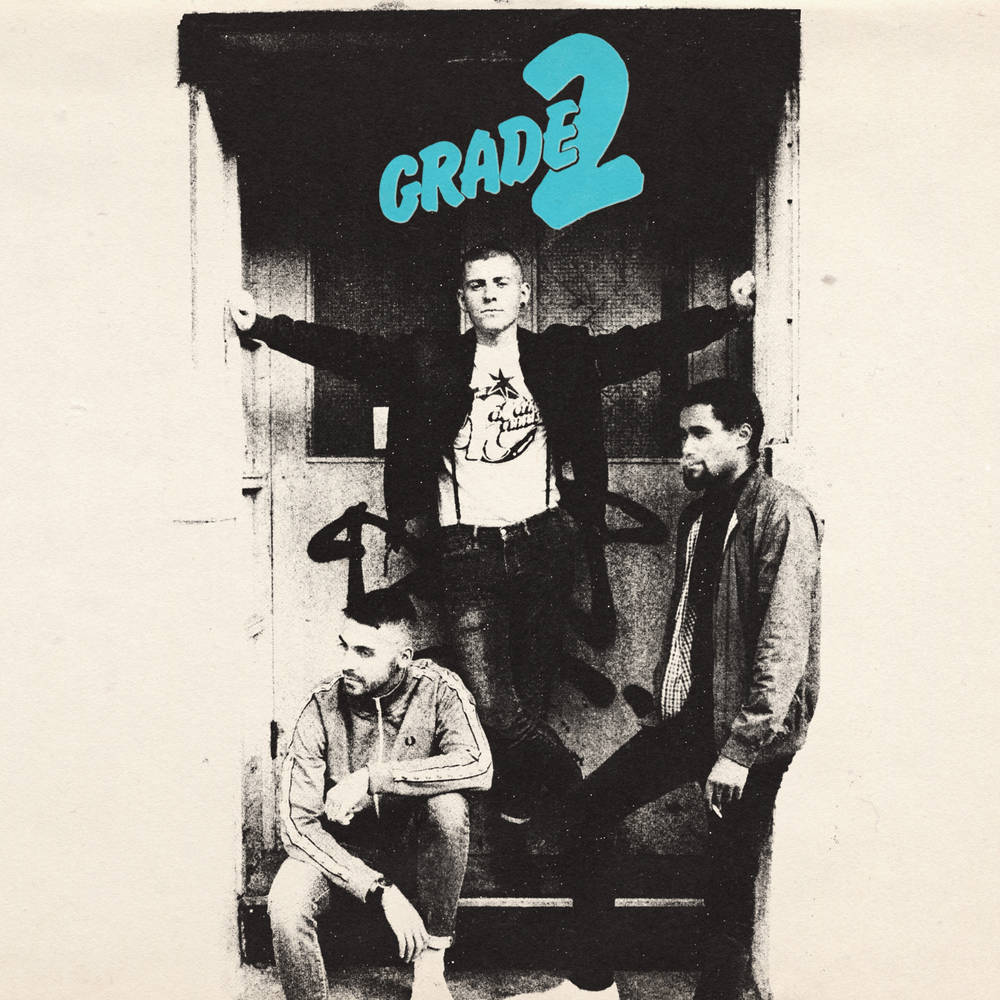 50 years after the genre turned the music world upside-down, GRADE 2 bring the raw power of old school punk to a new generation. Their second release on Tim Armstrong’s legendary Hellcat Records is a thumping 15 track tour de force melding the uncompromising ethos of punk with the howl of contemporary injustice, personal identity and frustrations of Gen-Z youth, authentically told by three lads with punk coursing through their veins.

Formed on their native Isle of Wight when they were just 14 years old, Jack Chatfield (guitar & vocals), Jacob Hull (drums) and Sid Ryan (bass & vocals) honed their craft covering punk pioneers before creating a sound uniquely theirs: ten years on, the eponymous Grade 2 is their magnum opus.

The new album was produced by the band along with Tim Timebomb (Armstrong) and T.J. Rivers at Armstrong’s Ship Rec Studio in Los Angeles. “Returning to Ship Rec Studio resparked that magic dynamic” says guitarist Jack Chatfield. “When we’re in there I feel like we reach our full potential. Tim would offer tweaks and tips for some songs, while others he’d compliment as finished first time we played them.” “We worked flat-out recording this record,” says drummer Jacob Hull, “but we never felt pressured, Tim keeping us in the zone to make the best tunes of our lives.