Motion City Soundtrack - Even If It Kills Me | RECORD STORE DAY 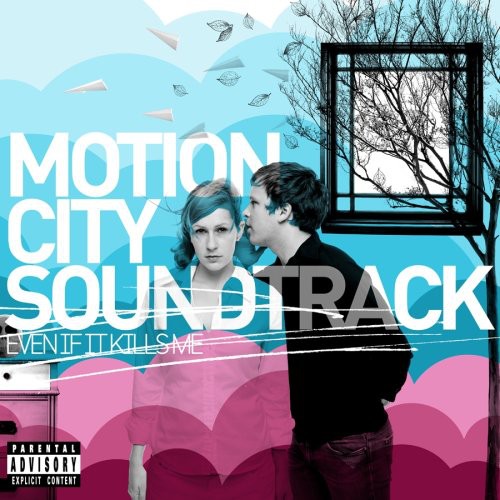 Motion City Soundtrack perfect their trademark blend of indie rock riffs, bittersweet melodies, driving synths and droll-yet-earnest lyrics on Even if It Kills Me. Even if It Kills Me is a heartfelt examination of the human condition, at turns both comic and tragic.

''Even if It Kills Me'' is the third studio album by American pop punk band Motion City Soundtrack, released on September 18, 2007. The album was a follow up to their 2005 album, ''Commit This to Memory'' and was co-produced by Adam Schlesinger of Fountains of Wayne and Eli Janney of Girls Against Boys, with part of the record also being produced by Ric Ocasek of The Cars. It peaked at number one on the Independent Albums charts and at number 16 on the Billboard 200 chart, selling around 33,000 albums in its first week. - Wikipedia

Just when you think these pop-punk kids are never gonna grow up, Motion City Soundtrack supply the reality check. The Minneapolis quintet enlisted production and composition help for their third full-length from a squad of all-star veterans: Fountains of Wayne mainman Adam Schlesinger, Girls Against Boys lothario Eli Janney and the ultimate pop-rock god, Ric Ocasek. The resulting LP is a perky combination of all three, naturally, combined with MCS' own signature chug.