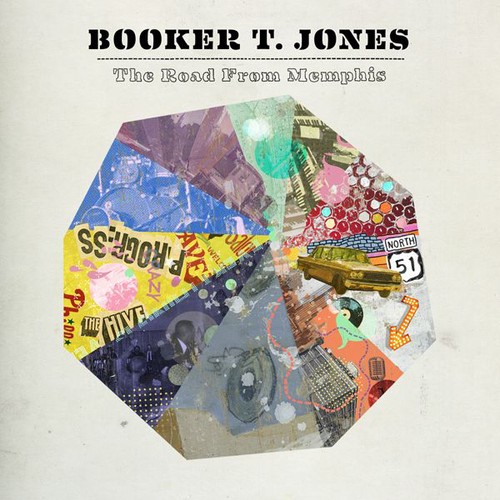 The Road from Memphis starts with a young Booker T. Jones hauling his stack of newspapers to Phineas Newborn's front yard where, while folding them for his after school delivery route, he could listen to the jazz great practice piano. It ends with Booker and the Roots roaring through a set of both timeless and contemporary originals (and propulsive covers of Gnarls Barkley's Crazy and Lauren Hill's Everything Is Everything). Along for the ride are vocalists Matt Berninger of the National, Yim Yames of My Morning Jacket, Sharon Jones, Lou Reed, and Booker himself, telling the history of how the funk/soul sound that Booker helped invent spiraled out from Memphis, touching the Roots hometown of Philadelphia, New York (where engineer Gabe Roth has been recreating classic soul sonics for everyone from Sharon Jones to Amy Winehouse), and Detroit. Detroit as in Dennis Coffey, legendary Motown session guitarist who introduced driving rock funk rhythm to hits like Cloud Nine and Ball of Confusion by the Temptations, and brings his Detroit grit to these tracks. The Road from Memphis is classic Memphis soul, and classic Booker in the tradition of Green Onions, but beyond that it is the story of a sound, and how Booker, working with the inheritors of his sound, is keeping a tradition alive.