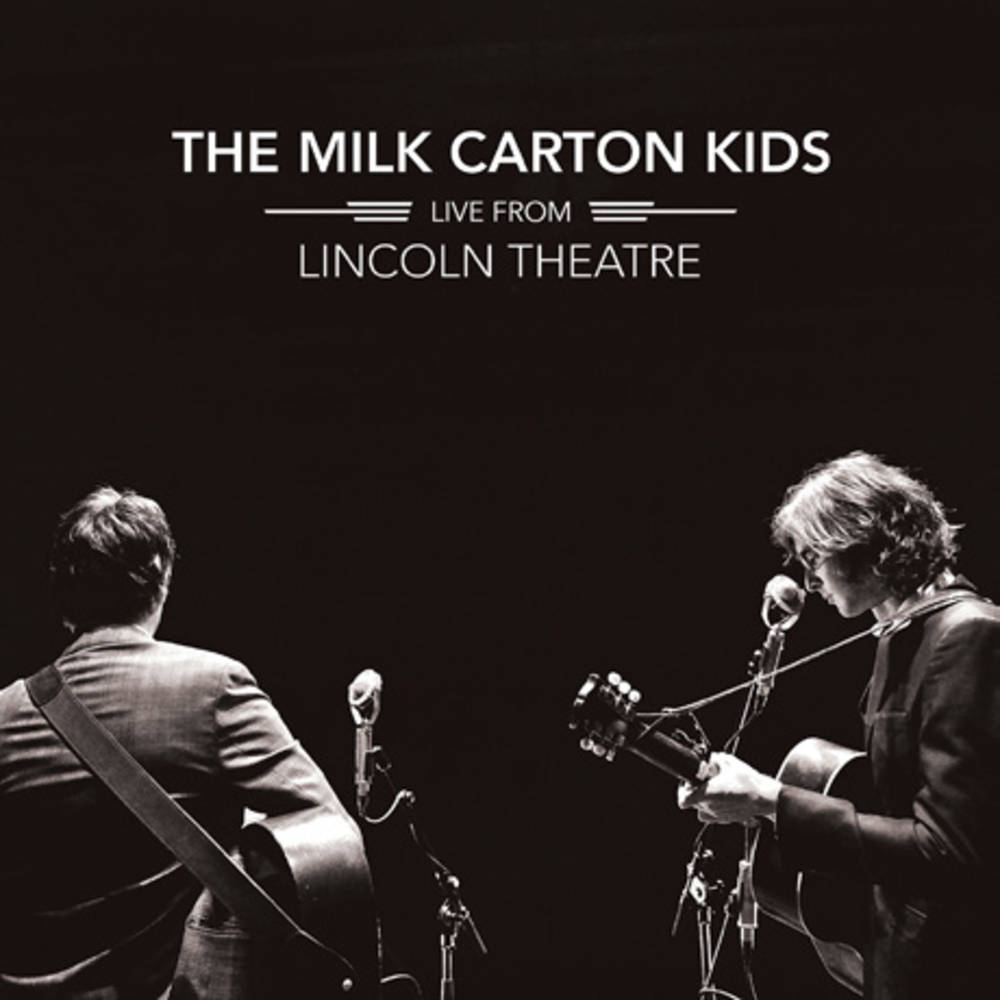 The Milk Carton Kids are releasing the live album Live From Lincoln Theatre, for the first time on vinyl. Comprised of singers and acoustic guitar players Joey Ryan and Kenneth Pattengale, The Milk Carton Kids both filmed and recorded their set at this Columbus, Ohio theatre in October 2013 during their tour in support of the Grammy-nominated album The Ash & Clay. Released as a film in 2014, the newly remastered audio will be available on vinyl.

“Live From Lincoln Theatre is the truest representation of what Joey and I have been up to for the last decade,” Pattengale explains. “The set list is like a greatest hits album of Milk Carton Kids songs. I’ve never played guitar in the studio quite the way that it comes together on stage. Our voices also communicate something extra for the occasion. And, of course, Joey doesn’t ramble about our master recordings, but there’s no stopping him once the lights are dim and the mics are hot.”

Founded in 2011, The Milk Carton Kids swiftly emerged as a major force in the American folk tradition, blending ethereal harmonies and intricate musicianship with a uniquely powerful brand of contemporary songcraft.