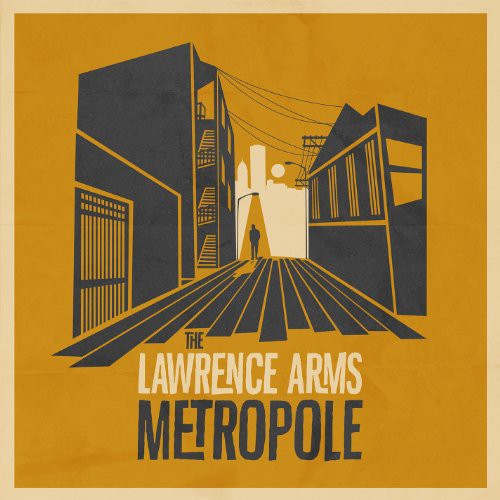 Vinyl LP pressing including bonus CD edition. 2014 release from legendary Chicago Punk band The Lawrence Arms, their first album in eight years. A beloved band in the Punk scene from their inception in 1999, members Brendan Kelly (vocals/bassist), Chris McCaughan (vocals/guitar), and Neil Hennessey (drummer) have released five studio albums to date. Their sixth album and first with Epitaph, Metropole captures "that alone-in-a-crowd, stranger-in-a-strange-land kind of S*#t" according to Kelly.