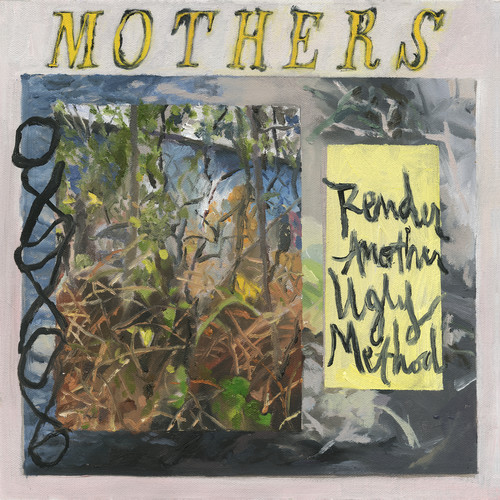 Mothers attempt to exist in two places at once - both singular and collaborative, sprawling and concise, present and distant. Kristine Leschper, songwriter and founding member of the project, explains that it is in the space between opposites that she finds herself. The multifaceted is, by nature, fragmented - each facet reflecting a slightly different perspective of the whole. On their latest record, Render Another Ugly Method, the band attempts to gain an expanded view of its surroundings through splintered sound, thought, and image. Leschper began exploring songwriting when she moved to Athens, Georgia as a teenager. Inspired by the growth that studying art allowed her and energized by the buzzing southern town, she started to perform publicly in 2013 and quickly developed local acclaim for her stark, unflinchingly vulnerable songs. During this time, she met many local artists and musicians, among them Matthew Anderegg, whom she quickly recognized as an artistic kindred spirit and friend. The following year they began working together to flesh out and arrange a collection of songs she had written, which would become the project’s 2016 debut release, When You Walk A Long Distance You Are Tired. Released in 2016, the album kicked off a sprawling eight months of touring across the US, UK and Europe, as the group honed their take on left-of center indie rock with an explosive and surprising live show that displayed how forceful the songs translated to a full-band setting. " Within Mothers, Leschper and Anderegg have remained a creative constant, with other collaborators changing over time. Render Another Ugly Method sees the remnants of Leschper and Anderegg, Chris Goggans and Drew Kirby in musical conversation, through cut-up songs that were torn apart and rebuilt over and over again.