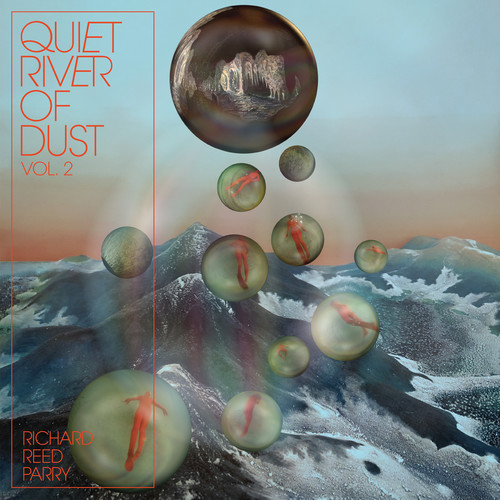 Richard Reed Parry’s Quiet River of Dust, is a meditative, widescreen musical experience with Beach Boy harmonies and a hypnotic pulse. Layered songs that move in a linear fashion, following a current rather than circular composition. Japanese folk myths, death poems and British folk music are tributaries flowing into a river of avant-garde composition and traditional song craft, written and performed by a member of the Grammy-winning rock band, Arcade Fire. Being released as two volumes, Quiet River of Dust Vol. 2 is the follow up to 2018’s Quiet River of Dust Vol. 1 . Long before he joined Arcade Fire in 2003, Richard Reed Parry grew up in a thriving folk music community in Toronto, where house parties were full of singing. While a student of electroacoustic music and contemporary dance in university, he formed the instrumental ensemble Bell Orchestre, who have released three albums. In 2014, he released an album of biologically inspired compositions, Music for Heart and Breath, on the prestigious Deutsche Grammophon classical label. Guest performers on this project include Parry’s partner Laurel Sprengelmeyer of Little Scream, Stef Schneider of Bell Orchestre, Dallas Good of the Sadies, Yuka Honda of Cibo Matto, Amedeo Pace from Blonde Redhead, and The National’s Aaron and Bryce Dessner.