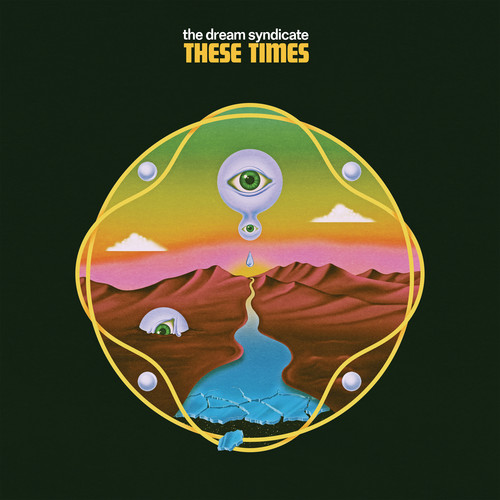 There are two phases of The Dream Syndicate. There was the band with revolving lineups that existed from 1982 to 1988 and made four albums including The Days of Wine and Roses and have influenced bands and delighted fans in the years since. And then there’s the band that reunited in 2012 and is closing in on its seventh year with nary a lineup change. This 21st Century version of the Dream Syndicate released How Did I Find Myself Here in 2017 to universal acclaim, no small feat for a band reuniting after almost three decades. With that reintroduction and a full year of touring behind them, the Dream Syndicate had the freedom to take it all somewhere new, to dig a little deeper, get outside of themselves a little bit. Their new album ‘These Times’ feels like a late-night radio show that you might have heard as a kid, drifting off into dreams and wondering the next morning if any of it was real. So, what does it sound like? If How Did I Find Myself Here was a 10 pm record, all swagger and cathartic explosion, then These Times is the 2 am sibling, moodier and more mercurial, the band acting as DJs of their own overnight radio station, riffing on an idea of what a Dream Syndicate album could be at this moment in time. It is Radio DS19. So, what’s it all about? Founder and singer/guitarist/songwriter Steve Wynn says, “These Times. That’s it. It’s all we’re talking about, all we’re thinking about. There’s no avoiding the existential panic of a world that’s hurtling somewhere quickly and evolving and shifting course by the hour. It seems like a lie to not address or reflect the things that we can’t stop thinking about—the whole world’s watching indeed.”