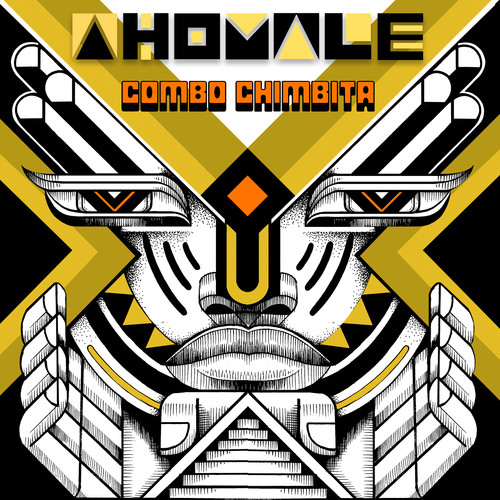 Through her folkloric mystique, otherworldly psychedelia, and a dash of enigmatic punk, Ahomale by Combo Chimbita catapults the sacred knowledge of our forebears into the future. Their second studio album and Anti- Records debut sees the visionary quartet drawing from ancestral mythologies and musical enlightenment to unearth the awareness of Ahomale, the album’s cosmic muse. Comprised of Carolina Oliveros’ mesmeric contralto, illuminating storytelling and fierce guacaracha rhythms, Prince of Queens’ hypnotic synth stabs and grooving bass lines, Nińo Lento’s imaginative guitar licks, and Dilemastronauta’s powerful drumming, the lure and lore of Combo Chimbita comes into existence. Rooted in Colombia and based in New York, Combo Chimbita lives in the future. After playing together for years, these first-generation New Yorkers began experimenting with different traditional musical styles during their late night residencies at Barbčs in Brooklyn. Exploring the connections between visual identity and improvisational long-form trips, Combo Chimbita came together as a four-piece band after they started encouraging more vocals by Carolina Oliveros, who tightens the rhythm with her guacharaca.