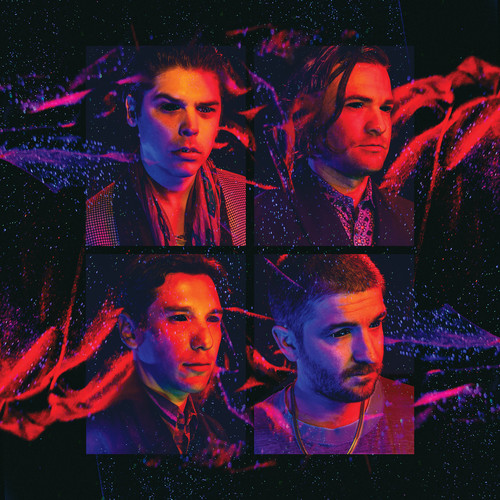 Plague Vendor are a fierce live band and the foursome have spent the last five years playing endless live shows. A fearless our-way-is-the-hard-way work ethic and famously physical live shows won the band a ferocious fan base. At the heart of every show is the frenetic performances by front man Brandon Blaine, guitarist Jay Rogers, bassist Michael Perez, drummer Luke Perine. That combined with the musicians’ energy and spirit, the band evokes a foreboding, and very rock ‘n’ roll presence. Plague Vendor are ready to release their third album, entitled By Night, a record that captures feelings of ruin and regeneration, of charisma and catastrophe and of slashing at the night with nothing but pure electricity. Where 2016’s BLOODSWEAT ended with a to-be-continued moment and Blaine shouting “Romance!” into the silence, By Night ends with a second of feedback and noise. It’s a perfectly spent finish to an adrenaline rush of a record that asks, “What just happened?” The band spent eleven days locked in at Hollywood’s legendary EastWest Studios (Brian Wilson, Ozzy Osbourne, Iggy Pop) with St Vincent producer John Congleton, with all visitors banned and all distraction eliminated. When they met Congleton they connected intensely and instantly, more like co-conspirators than colleagues. With Congleton’s precision production, they found their own way between the powerful-but-too-polished sound of right now and the engaging-but-aging reinterpretations of classic punk/rock albums of the 60s and 70s. The album is called By Night, because as Blaine says: “Nothing cool happens during the day.”