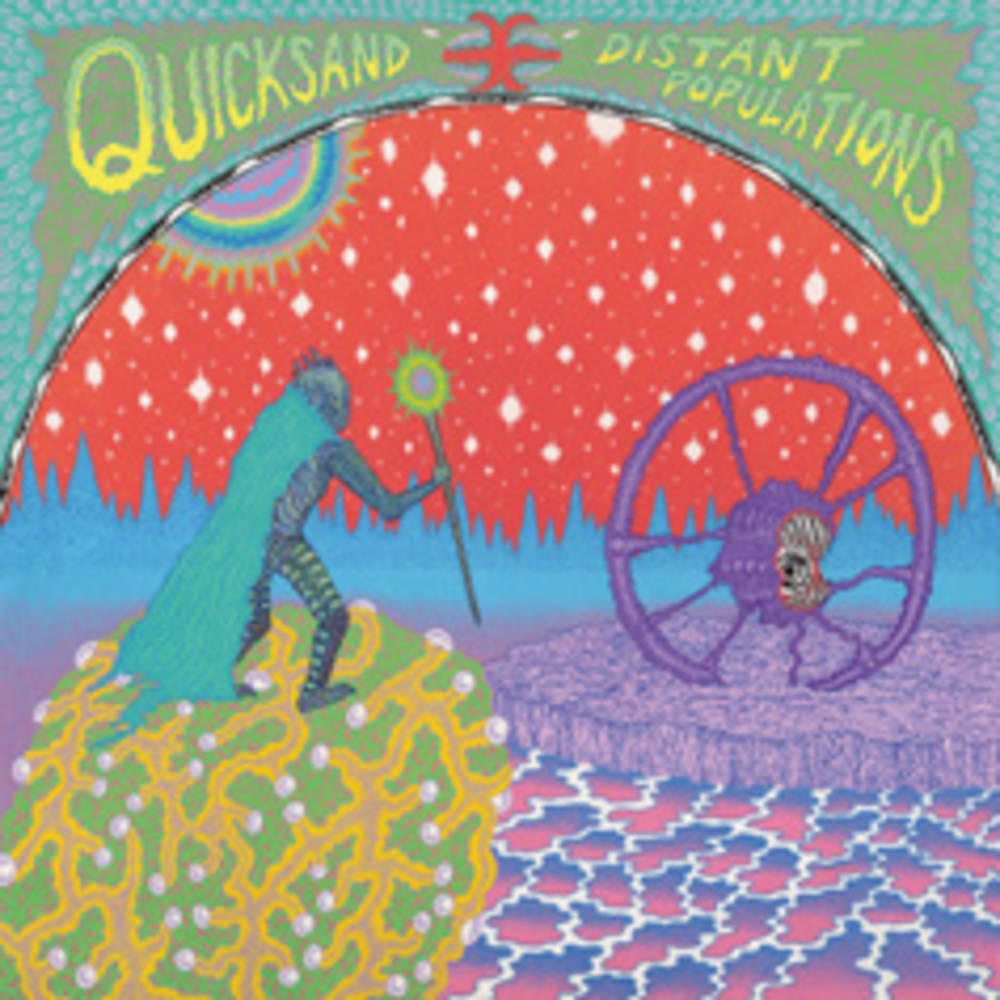 Distant Populations, just the fourth full-length album of Quicksand’s career, comes as a comparatively swift follow-up to Interiors--which itself came a full 22 years after its predecessor, 1995’s Manic Compression. Critically lauded and deemed very much worth the wait, Interiors succeeded in reestablishing the band as the powerful and contemporary entity they had always been.

Distant Populations has a punchier, more up-tempo sound than its predecessor; its 11 songs are concise, carved sonic jewels boasting not a single wasted note; and its raw power, its gripping lyricism, leaps out from the very first listening. It is a striking step up for the band.

The songwriting itself had been no minor process: Following the release of Interiors, the band successfully toured around the world and in the process fully re-established their chemistry together. Looking forward to making the next album, the three of them—frontman/ guitarist Walter Schreifels, bassist Sergio Vega, and drummer Alan Cage—had methodically recorded various soundchecks, improvisations, and show rehearsals, and compiled the results. “Eventually, when it came time to make a record,” Schreifels says, “we would just edit down to the ones that were most exciting to us all, and then refocus on them and see if we could recapture the magic from it.”

There may be a final irony in the title of Distant Populations. Practically speaking, that’s precisely whom Quicksand recorded it for: Listeners very far away. Not a single one of these songs has ever been played live onstage. The band has dates on hold for the fall, notes Schreifels, and fingers are crossed Quicksand will be out there performing very soon. They will likely be the most memorable shows of the band’s career.