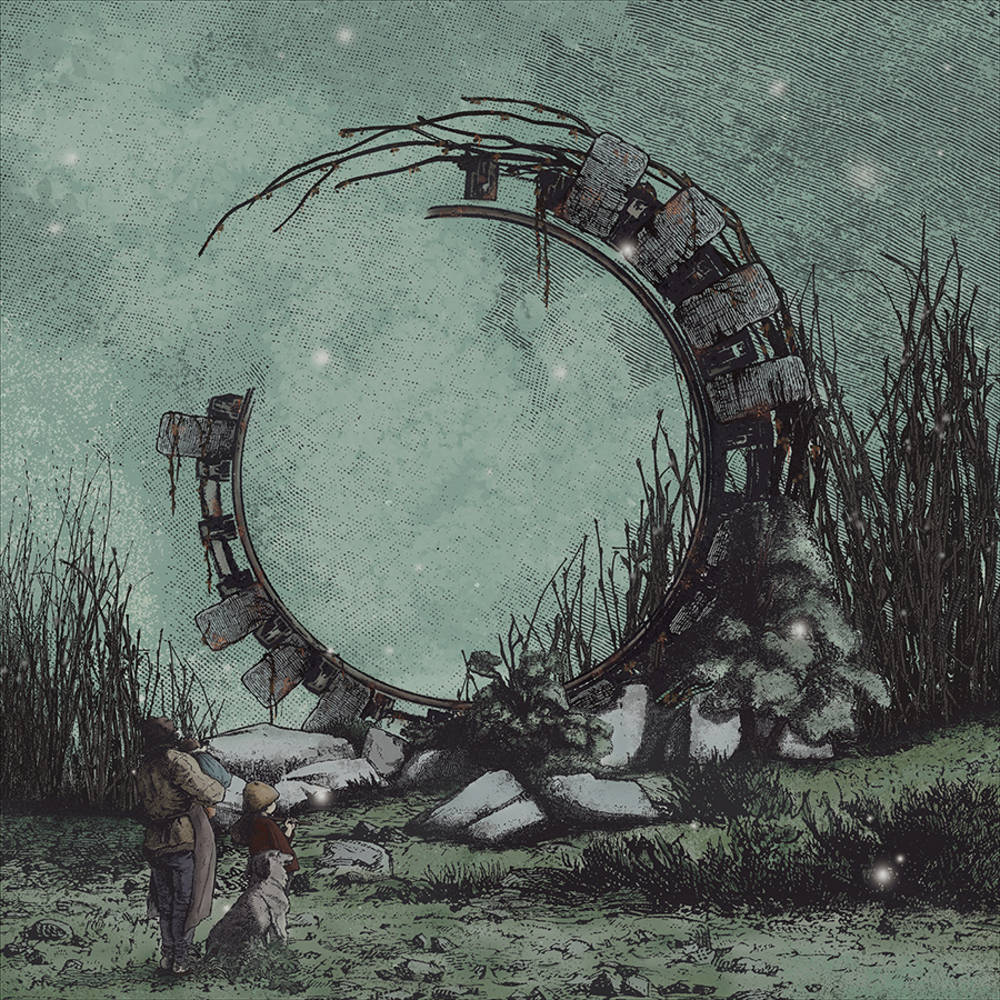 Sometimes, the best place to begin is at the end. If you really want to dig deep into Illusory Walls, the fourth album by THE WORLD IS A BEAUTIFUL PLACE & I AM NO LONGER AFRAID TO DIE, it definitely helps to do that. That’s because epic closer “Fewer Afraid”—all 19 minutes, 44 seconds of it—doesn’t just revisit the themes and ideas on the ten songs that precede it, but also offers a self-aware summary of the Connecticut band’s entire history. It’s the conclusion of all the stories within the record as well as a nod to all the lives that helped make them—little glimpses of everything that’s come before, on both a micro, immediate level, and a more universal one. “That song is a higher level look at my whole life and the whole world,” explains vocalist/guitarist David F.
Bello, “as well as the album, our band and our discography. It places the band in the context of the rest of the world, as if we’re listening to everything that came before. It touches on all the themes of the previous songs, but there are also callbacks to songs
from earlier in our career. But in this song, they’re the object, not the subject—I’m talking about a world in which these things happen, not talking about these things happening.”

Due to the coronavirus pandemic, the band—completed by Steven K. Buttery (drums and percussion), Joshua Cyr (bass/vocals) and Katie Dvorak (vocals/synth)—had nothing but time to realize the full extent of their musical and thematic aspirations. And so, four years on from lauded third album Always Foreign, they were able to make what is undoubtedly the band’s most ambitious and epic record to date. Written and recorded remotely—a first for the band—Illusory Walls takes on the weight of human existence while it’s buckling under the pressure of today’s near-dystopian society. Personal anxieties and political struggles collide with a series of portentous, apocalyptic and dramatic tunes, resulting in some of the darkest music the band has made since forming in 2009.