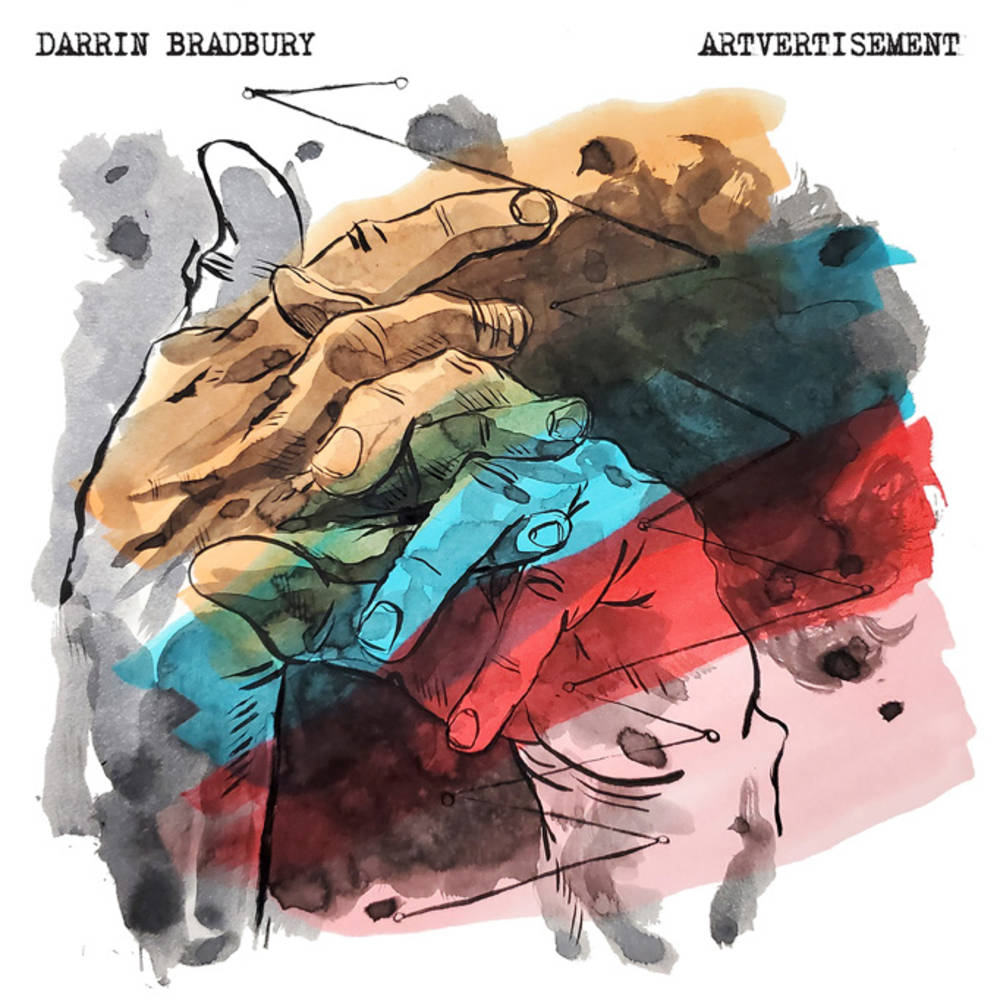 Artvertisement is Bradbury’s third album and second release for ANTI-, following his critically acclaimed 2019 LP Talking Dogs & Atom Bombs. Bradbury wrote Artvertisement while touring in support of Talking Dogs, and recorded the album at Trace Horse Studio in March of 2020 over the strange, anxious handful of days between Nashville’s devastating March 3rd tornado and the start of the COVID-19 shutdown.

The title Artvertisement was inspired by Bradbury’s difficult experiences navigating the polished, often soulless Nashville music industry, where record label executives would laud his songwriting — some going so far as to call him a genius — but ultimately turn him away because his music wasn’t commercial.

While music is still his primary focus, Bradbury has leaned into working on visual art, which, like his music, draws out both the darkness and the humor of the everyday. His art aligns aesthetically with his music. His portraits are abstract, while his smaller sketches veer more toward humor and commentary. He sells his art on a “pay what you want” model, explaining that he is as happy to sell a painting for a nickel as he is for five hundred dollars.

It may not be the kind of financial model that lands him a high-rise office overlooking downtown Nashville, but that’s always been the antithesis of what Bradbury is about. “Do no harm but take what you need,” he says. “Holding on to success, holding onto money... What does it matter? We’re all going to die someday.”