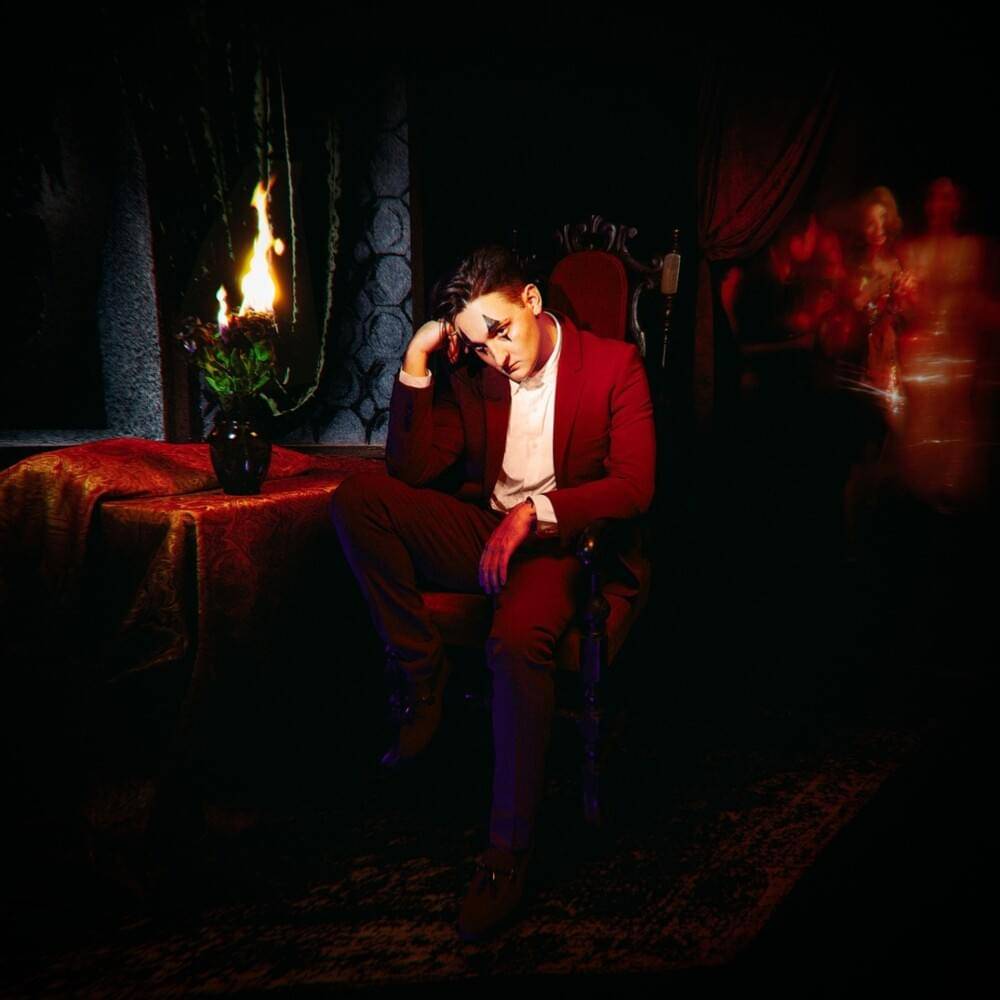 Merlot Wave Vinyl. Guccihighwaters is the artistic persona of 21 year -old, artist/producer, Morgan Murphy. Since his debut single in 2017, Murphy has exploded in the cloud rap community and his music has been streamed over 200 Million times. His new album, joke's on you, is his debut for Epitaph Records and will be his first available on vinyl. Guccihighwaters is the keystone to the label's dedication to this sound that we feel is the future of Alternative music. Spending his formative years growing up in rural Ireland, Murphy was shy and when his family returned to their native New York, that shy 15 year-old turned to home recording/bedroom production and starting making his own beats. He began to indulge his musical vision by exploring community on the internet, finding a place to belong that he had not found prior. As a singer, Murphy was a bit of an outsider to the SoundCloud rap world he'd begun to orbit. "I was grouped in because of the time and place and platform," he says. His use of original piano with a classic touch and his angelic singing gave him an original voice within the scene's crowded world. Even if he wanted to blend in, he didn't know how. With Jokes On You, he says, "basically my goal was to make it sound like me. " Some members of that community, like Powfu and nothing, nowhere, feature on the album, adding their voices to Murphy's signature sound. Guccihighwaters is a top digital artist in the Indie Pop/Cloud Rapspace, releasing his music on vinyl for the first time. Album features include lo-fi sensation powfu , top emo rapper Convolk and popular alt/hip hop artist, nothing, nowhere. For Fans of powfu, Lil Peep, nothing, nowhere and Lund