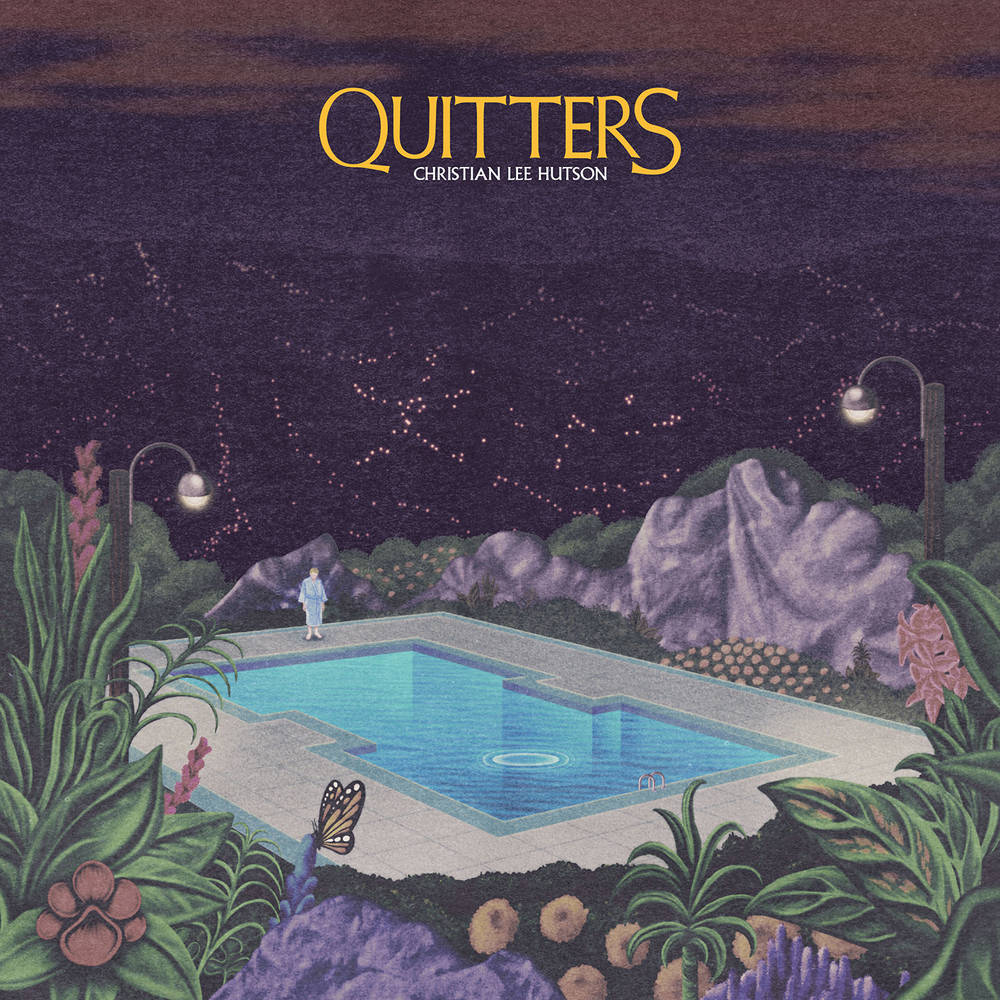 Christian Lee Hutson starts his new album Quitters with a laugh. In this follow up to his ANTI Records debut, Beginners, Hutson moves away from a focus on growing up to the dread and complications of growing older. Written under lock down, the laugh that announces Quitters is the kind you’ll find at the end of John Huston films, one of resignation and release, and somehow a cosmic laugh that says “California,” a place where lonely people gather together like birds.

The song “Rubberneckers” follows the story a romance from beginning to breakup, with backing vocals by Phoebe Bridges, who returns as producer along with Conor Oberst. Quitters is a departure from the digital recording of his debut. Hutson shares, “With this record, Phoebe and Conor had an idea that it would be fun to make it to tape. Phoebe is my best friend and making Beginners with her was so comfortable and easy. So I wanted to work with her again and Conor is someone who I really respect as a lyricist.”

If every great record is a world, then this is Christian Lee Hutson’s world. It’s one filled with the fuzzy haze of a dream, and the half-remembered moments of a forgotten life. It’s a record brave enough to say, In the good old days, when times were bad. But beyond the songs, it is this voice. The voice of someone who was alive in 2021 and recorded a group of songs with his friends for us to hear.