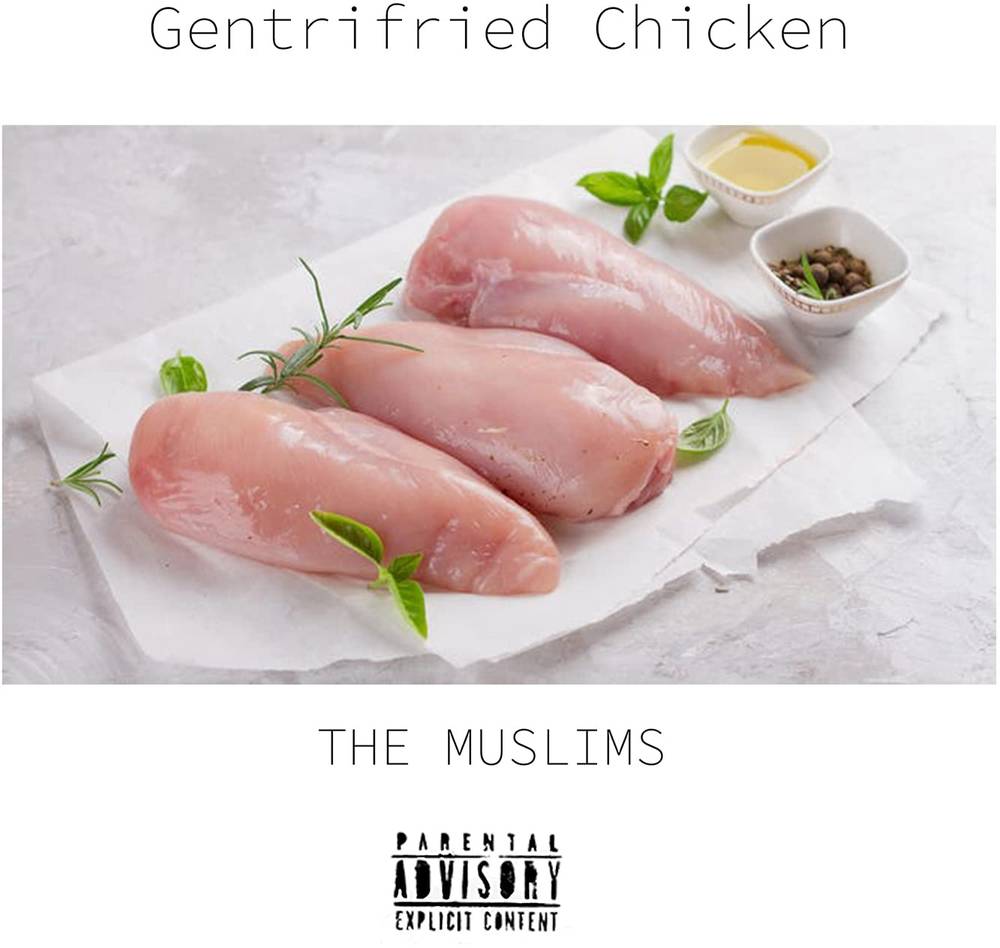 Gentrifried Chicken is The Muslim's 2020 album - being printed on vinyl for the first time.The Muslims are the only true punks to have ever existed. Drawing from the influence of the most legendary artists and revolutionaries of our time, they have successfully synthesized the "f* you" energy of the oppressed into an ass-kicking, head-smashing, fascist-punching sonic experience. This all-queer, Black & Brown punk band emerged onto the U.S. music scene shortly after the election of 2016, and have been chugging white tears and destroying lives ever since. The Muslims may have played their first show in a backyard shed in Durham, North Carolina, but have since released five studio albums and played for international audiences. Their leader and resident bad Muslim, Sheikh QADR, draws songwriting inspiration from trailblazing Black artists such as Bobby Hackney Sr. (Death), Nina Simone, Jimi Hendrix, and Poly Styrene (X-Ray Spex) while drummer Ba7Ba7 and bassist Abu Shea blend their diverse musical backgrounds to drive a noisy-melodic truck into your face. Did I mention they are also really nice people?