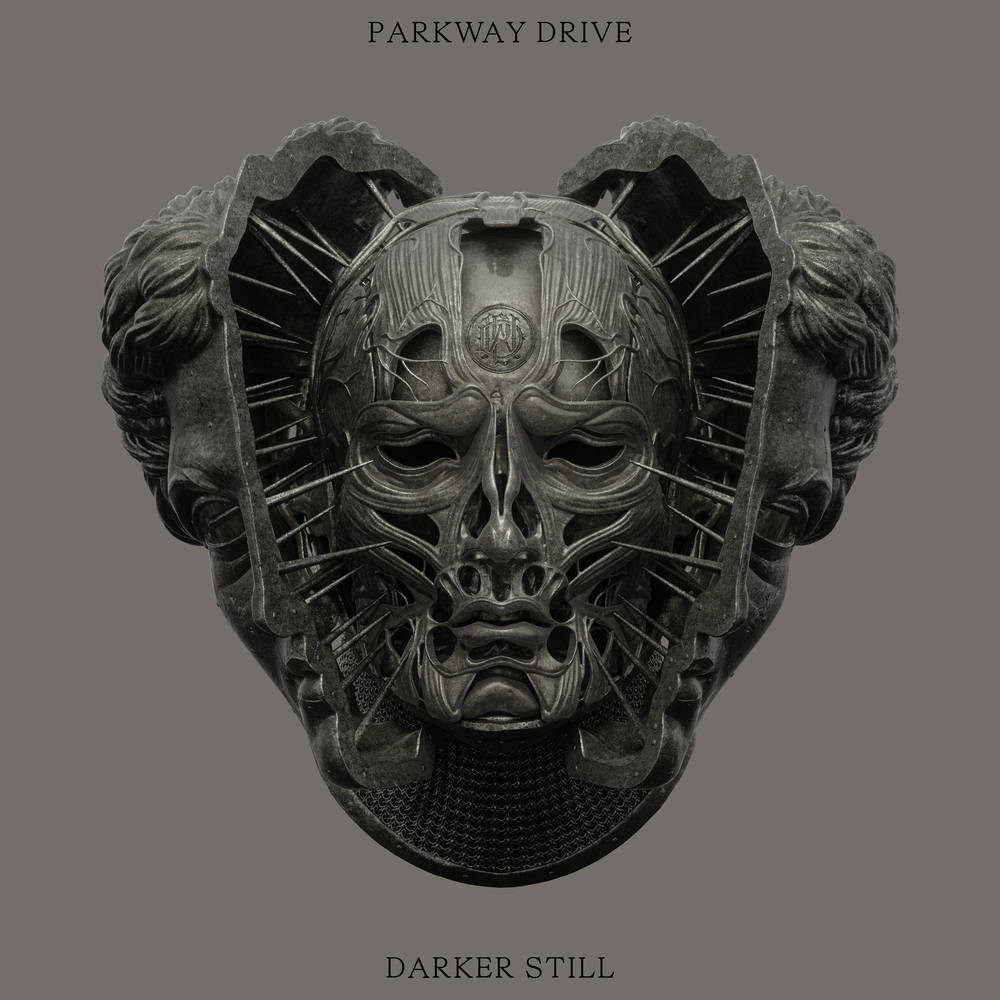 In the kitchen of the Byron Bay home of Winston McCall stands a refrigerator, adorned on one side by a quote from Tom Waits: “I want beautiful melodies telling me terrible things.”

This, the PARKWAY DRIVE vocalist says, is a pretty good summation of him-self. It holds true, too, as one of the guiding principles behind Darker Still, the seventh full-length album to be born of this picturesque and serene corner of north-eastern NSW, Australia, and the defining musical statement to date from one of modern metal’s most revered bands.

Darker Still, McCall says, is the vision he and his bandmates – guitarists Jeff Ling and Luke Kilpatrick, bassist Jia O’Connor and drummer Ben Gordon – have held in their mind’s eye since a misfit group of friends first convened in their parents’ basements and backyards in 2003. The journey to reach this moment has seen Parkway evolve from metal underdogs to festival-headlining behemoth, off the back of close to 20 gruelling years, six critically and commercially acclaimed studio albums (all of which achieving Gold status in their home nation), three documentaries, one live album, and many, many thousands of shows.

While Darker Still remains irrefutably PARKWAY DRIVE, it finds the band sonically standing shoulder to shoulder with rock and metal’s greats – Metallica, Pantera, Machine Head, Guns N’ Roses – as much as it does their metalcore contemporaries. “I wanted a classic guitar tone for this record,” explains Ling, who credits much of his inspiration to the connection his riffs have with a crowd in a live setting.

Emerging from the darkness of the past few years, this is the true face of PARKWAY DRIVE: redefined and resolute, focused in mind and defiant in spirit.