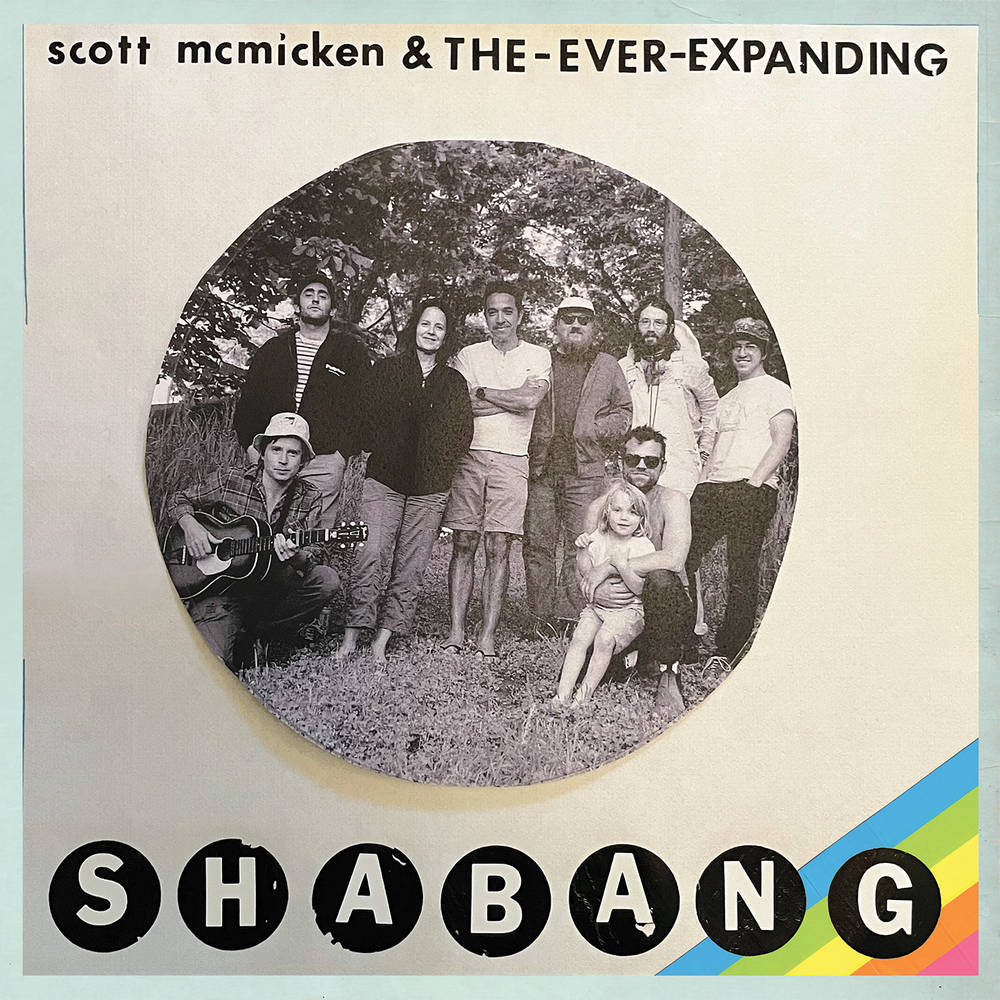 Scott McMicken has always thrived on switching things up. As a founding member of Philadelphia rock mainstays Dr. Dog, McMicken and his bandmates consistently explored new sounds and new ways of writing songs across 10 gleefully eclectic albums before their 2021 hiatus. While McMicken has quietly released solo projects via cassette and vinyl on his own label Press On Records, for his latest effort, he’s done something he’s only done once before: started a band. With Shabang, out March 31, 2023, via ANTI-, comes the debut album from Scott McMicken and THE EVER-EXPANDING, and he’s made some of his freest and most adventurous music yet: a wonderfully collabora- tive collection of songs that feel lived in and true. By being present and living with these musicians (quite literally: McMicken and collaborator Michael Nau stayed in tents outside the studio) united under one com- mon goal, Shabang is full of life and endlessly candid. “I knew nothing good will come of this unless I am totally free and away from any pres- sure and pretense,” says McMicken. “Such an incredible spectrum of emotion passed through me while making this album. There was this lightness and un-self seriousness. I feel like music and life cruises at that spot: everybody was so wholeheartedly invested and open.”