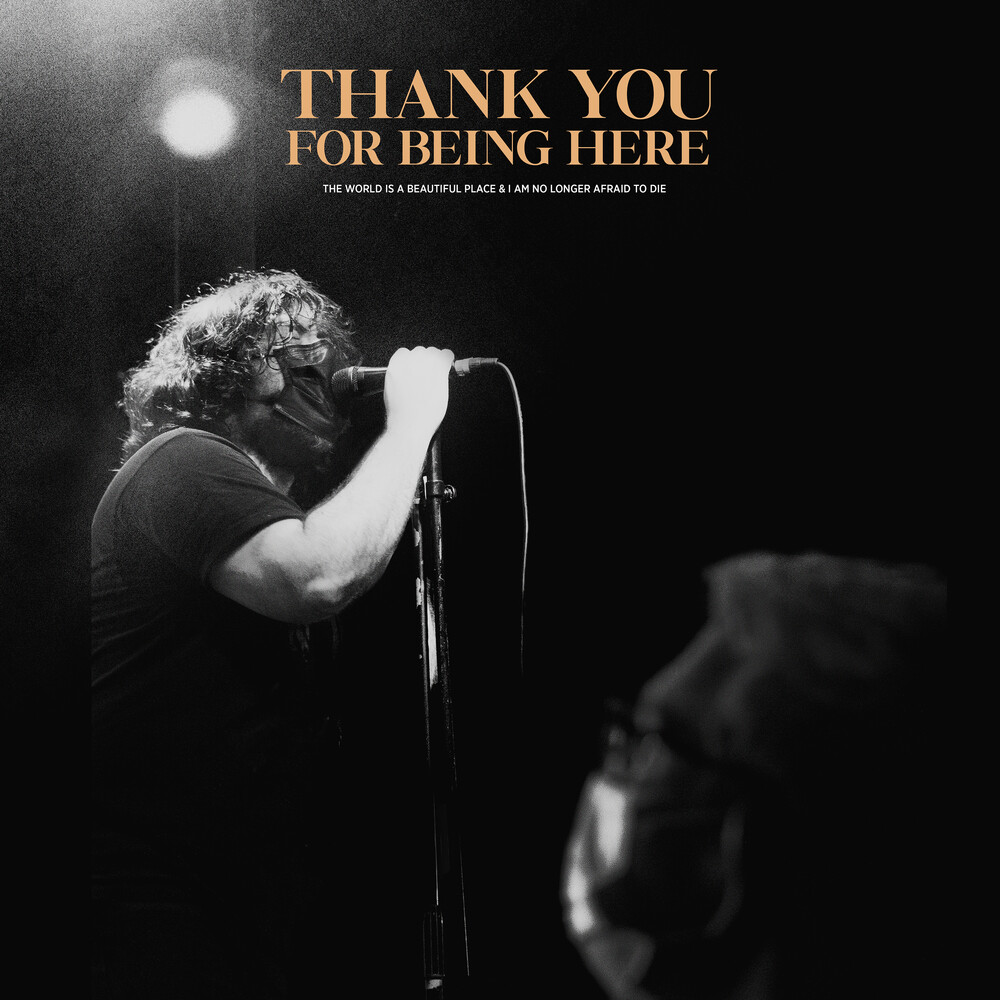 Thank You For Being Here (Live) [LP]
Artist: The World Is A Beautiful Place & I Am No Longer Afraid To Die
Format: Vinyl
Vinyl - LP

Thank You For Being Here is a new live album by The World Is A Beautiful Place & I am No Longer Afraid To Die and is a companion piece to a feature length documentary film of the same name.

After multiple delays, the seven-piece band from Connecticut set out on the road (in a Van!) in Fall 2021 for a five -week tour to support their critically acclaimed new album, Illusory Walls. They brought with them a documentary filmmaker and audio engineer to capture the adventures. This collection of songs features fan favorites from the band’s catalog along with a deep dive into their latest studio album. Brooklyn Vegan raves, “..it’s no surprise that the band sounded super tight during all the new songs, and these songs really came alive on stage the way TWIABP’s best songs always have. Everybody was locked in and sounded massive.”

In Fall of 2021, for a brief moment the world of club touring in the US and Canada opened up again with the world seeming slightly more normal. Post pandemic touring was different; aside from the moving of gear and crew, you had the challenges of keeping everyone healthy. Proof of vaccinations, masking and covid testing became as much a part of the show day as soundchecks. Thank You For Being Here, the film, gives you an inside look at the realities of touring as an Independent musician and the struggle of touring in the time of COVID.

The film is slated for release in October , the one year anniversary of the band’s latest studio album, Illusory Walls.