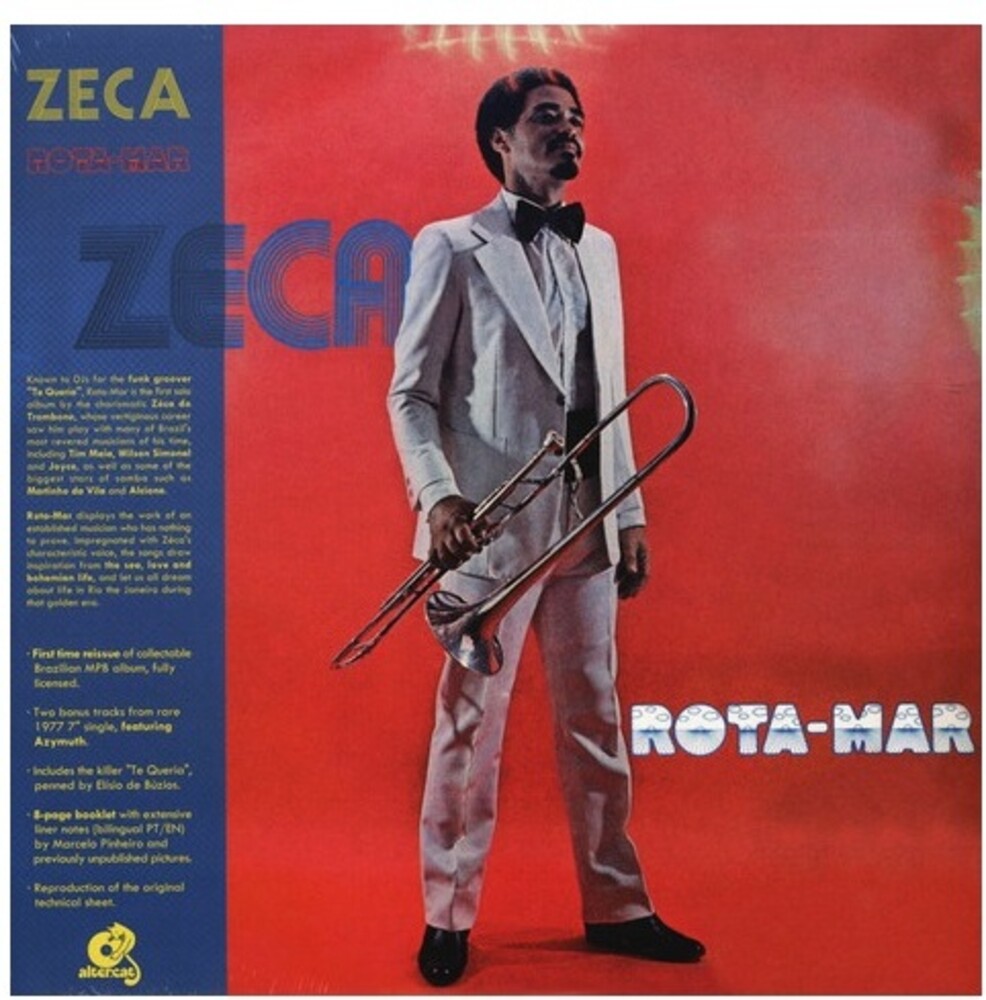 Mainly known to DJs for the funk groover "Te Queria", Rota-Mar is the first solo album by the charismatic Zéca do Trombone. During a vertiginous career which started in the late 60s, Zéca was a permanent member of Wilson Simonal's band, toured with Luiz Eça's Sagrada Família (alongside Joyce, Naná Vasconcelos, Nelson Angelo and others), recorded the seminal Brazilian funk "Coluna do Meio" for his joint effort with Roberto Sax, and played and recorded for some of the big names of Brazilian music such as Tim Maia or Martinho da Vila. Particularly for samba artists such as Alcione, Leci Brandao or Moreira da Silva, Zéca do Trombone was the trombonist of choice.