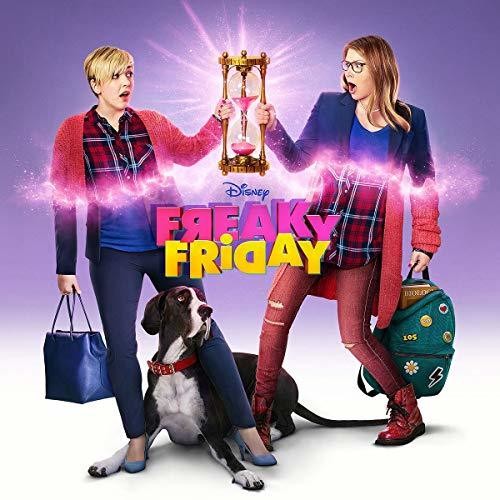 Heidi Blickenstaff is Katherine Blake, a busy mother and a perfectionist who runs her own catering company and struggles to understand her teenage daughter, who has a mind of her own. While refereeing endless bickering between Ellie and her younger brother Fletcher, Katherine is carefully planning every single detail of her impending wedding to her fiancé and calming influence, Mike.

Cozi Zuehlsdorff plays Katherine's 16-year-old daughter Ellie who's attempting to assert her independence from the mother who she perceives wants her to be perfect, nothing like who Ellie wants to be. She's also struggling to accept her father's death five years ago and the fact that her mom is now getting remarried. As a result, Ellie's school attendance and grades are suffering.

A confrontation rises when Katherine won't allow Ellie to join "The Hunt," an epic all-night scavenger quest organized by her crush Adam. Upon wishing the other would change their ways, mother and daughter magically swap bodies through the magical power of an hourglass that Ellie received from her father – a treasured gift which is then accidentally shattered. Now, they must hunt down the matching hourglass that Katherine's late husband gave her in order to swap bodies back to their true selves. First, the two must spend the day literally in each other's shoes, because Ellie needs to get to school or she'll face suspension and Katherine has an important magazine interview, to promote her catering business, and her engagement party, which can't be missed.


The movie's musical highlights include "Just One Day," a duet by Katherine and Ellie that reveals the distance they feel between each other; "I Got This," when Katherine and Ellie start their crazy day in each other's shoes; "Oh Biology," a song about the changes experienced by adolescents; "Go!," a fun and fast-moving ensemble number that unfolds during the exciting competition of "The Hunt"; and "At Last It's Me," an original pop song performed by Zuehlsdorff.