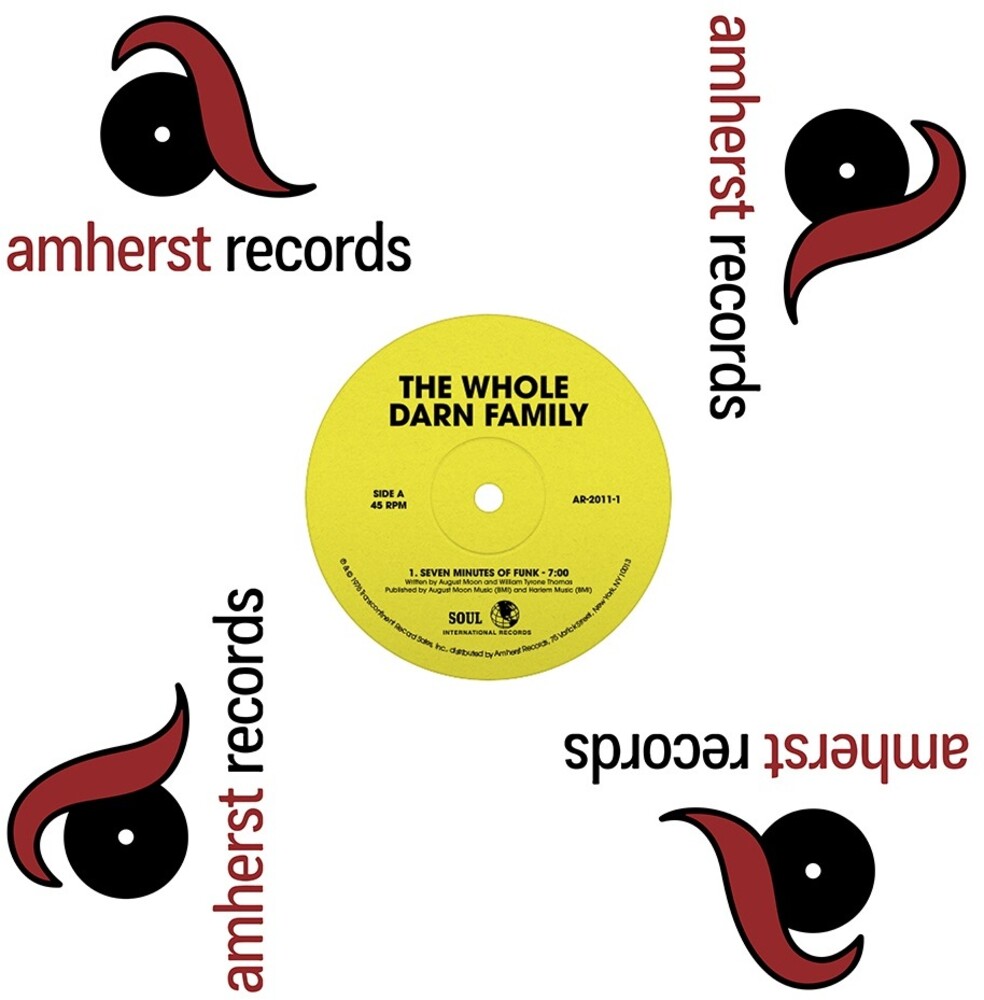 DISC: 1
1. Seven Minutes of Funk
2. Ain't Nothing But Something to Do

The Whole Darn Family emerged from Richmond, Virginia in the late 70's and were managed, produced and promoted by August (Mr. Wiggles) Moon who ran an independent label called Soul International Records from a storefront in Richmond's Southside District. "Seven Minutes of Funk" has become a cult favorite as it's been sampled by Jay-Z, Wu-Tang Clan, Foxy Brown, Method Man, Biggie Smalls and countless other hip-hop artists. The LP is a gem to find for any top D. J. , and a hunted collector's item. THIS IS THE NON-RSD VERSION OF THE RELEASE; ONCE THE RSD EXCLUSIVE 3 MONTH EXCLUSIVE IS OVER, THIS RELEASE WILL REPLACE THE RSD VERSION AND BE MADE AVAILABLE