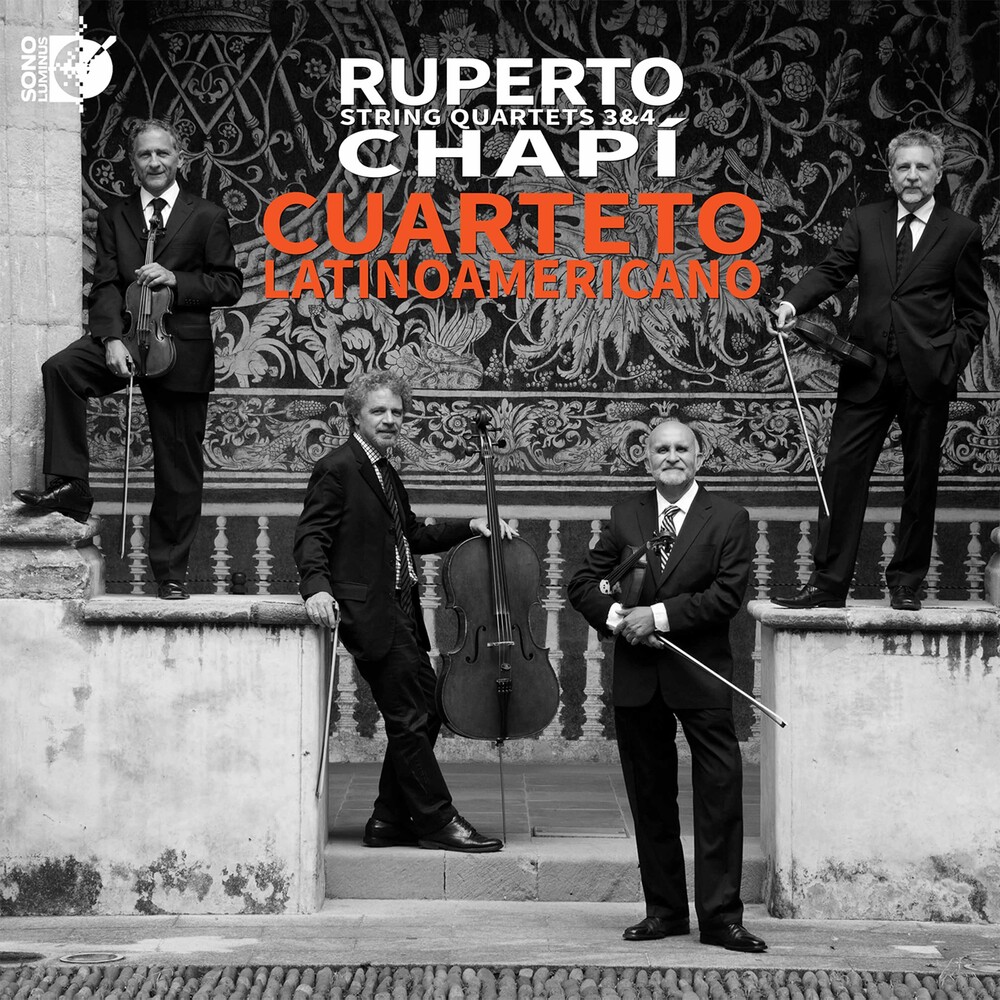 Saúl Bitran writes of the present release: "Ruperto Chapí's String Quartet No. 3 could well be subtitled Tragic Quartet. Here's a work of a stormy nature, containing atmospheres of drama, anguish and loneliness. Out of the four quartets written by the composer, this is perhaps the one which has the least Spanish features... String Quartet No. 4, in B minor, was premiered by the Cuarteto Francés on February 22nd, 1907, and was dedicated by the composer to "my very dear friend and disciple Manuel Manrique de Lara". On that evening's printed program it was mentioned that "Chapí continues with the aesthetic tendency shown on his previous quartets. Without resorting to specific popular forms, the composer manages to give his work a genuinely national character, picturesque and free, dressing his own thoughts with rhythms and procedures of natural and traditional harmonies. The form matches, in general terms, that of a traditional string quartet but, within it, the composer is able to transit with absolute independence, and to present the thematic elements according to his own phantasy and to the whims of his personal temperament."