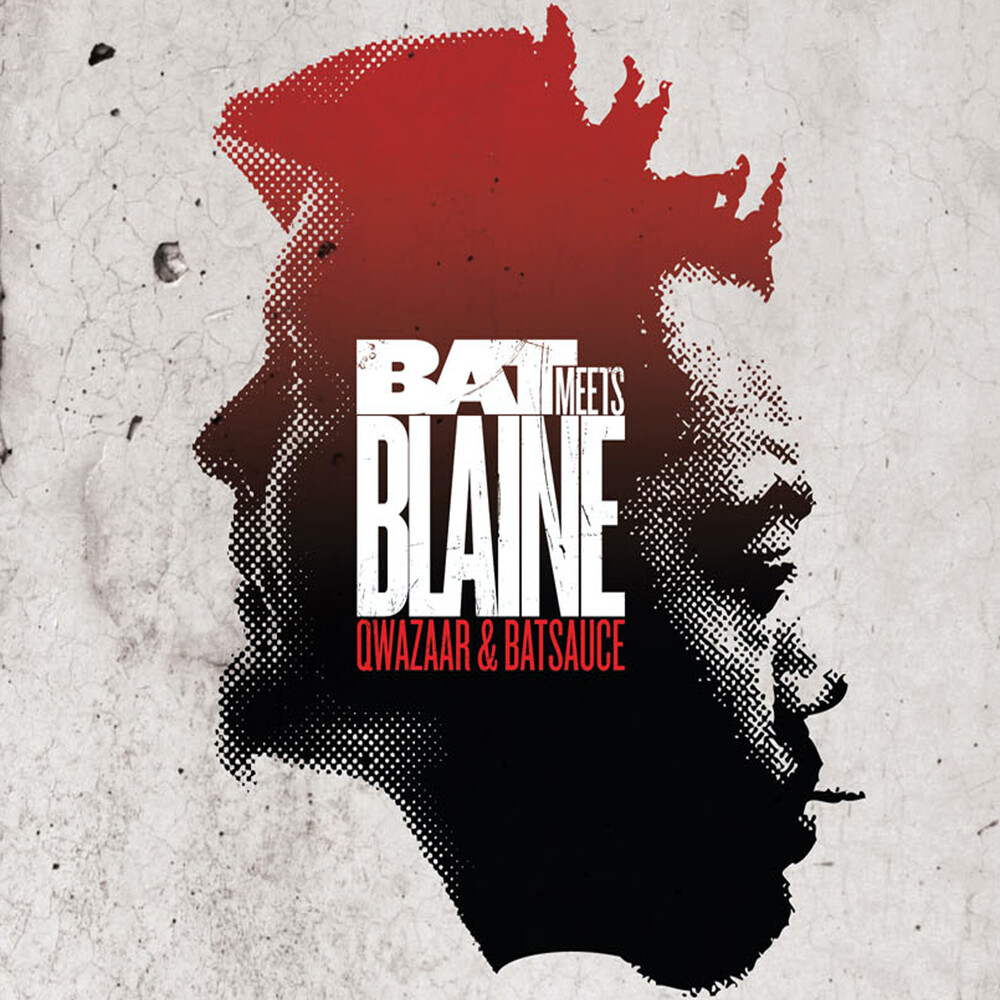 FULL PLATE presents: the 10th Anniversary edition of the debut full-length from Qwazaar & Batsauce - pressed on wax for the 1st time ever! Originally released in 2011 on Chicago's Galapagos4 label, 'Bat Meets Blaine' features Onry Ozzborn of Dark Time Sunshine, KP of The Pacifics, Denizen Kane of Typical Cats, Offwhyte, DJ Bizkid & Lady Daisey. Initially available on CD only, this dueling 'Red Meets Black' colored vinyl edition is the proper treatment to celebrate a decade of an indie underground classic. It was around 2010 when Qwazaar, hailing from Chicago's celebrated rap supergroup, Typical Cats connected with the up & coming beatmaker, Batsauce - who was making noise in a rap group called The Smile Rays helmed by Paten Locke, and producing for icons such as George Clinton. The two auteurs met in Europe on tour and formed an instant chemistry, rapidly amassing a formidable catalog of music - a pair of mad scientists, working feverishly in Bat's Berlin abode. What culminated from those sessions was a collection of EPs (Style Be the King, Stress Chasers) and the capstone LP, Bat Meets Blaine - the prelude to their 2021 release, Stoned Giant.