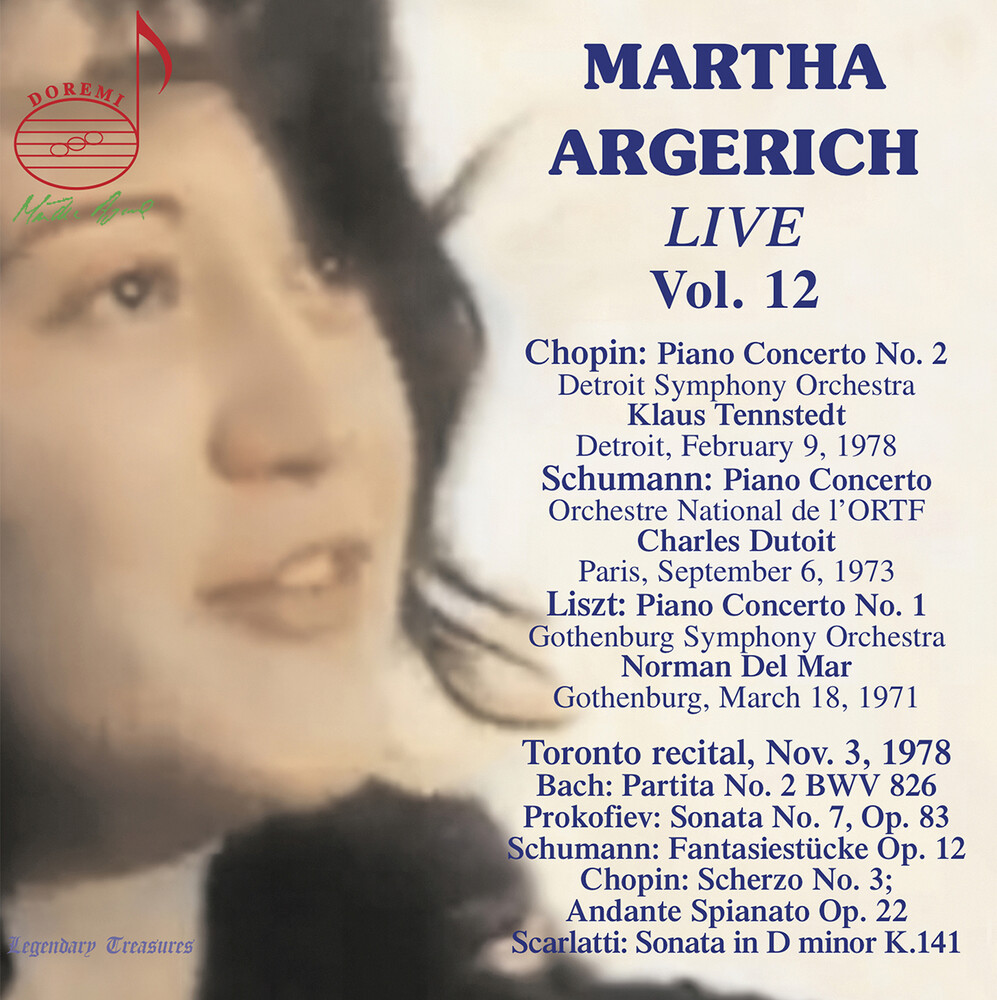 Over 20 years ago, Alex Ross, the noted music critic for the New Yorker, described the atmosphere of a Martha Argerich recital in terms reminiscent of the golden age of nineteenth century piano virtuosos: "Her concerts conjure up scenes from another place and time: grown men running down the aisles clutching bouquets, world-renowned musicians pummeling the railings of the upper boxes, jaded critics breaking into foolish smiles." The subject of these rapturous responses, has, unlike the traditional virtuoso, played relatively few solo recitals, preferring to make music with others. Early in her career she often performed as a recitalist and a handful of recordings and live broadcasts remain as a testament. This set is the 12th volume of DOREMI's special series of live performances and broadcasts featuring the artistry of the young Martha Argerich. All items are first release ever.