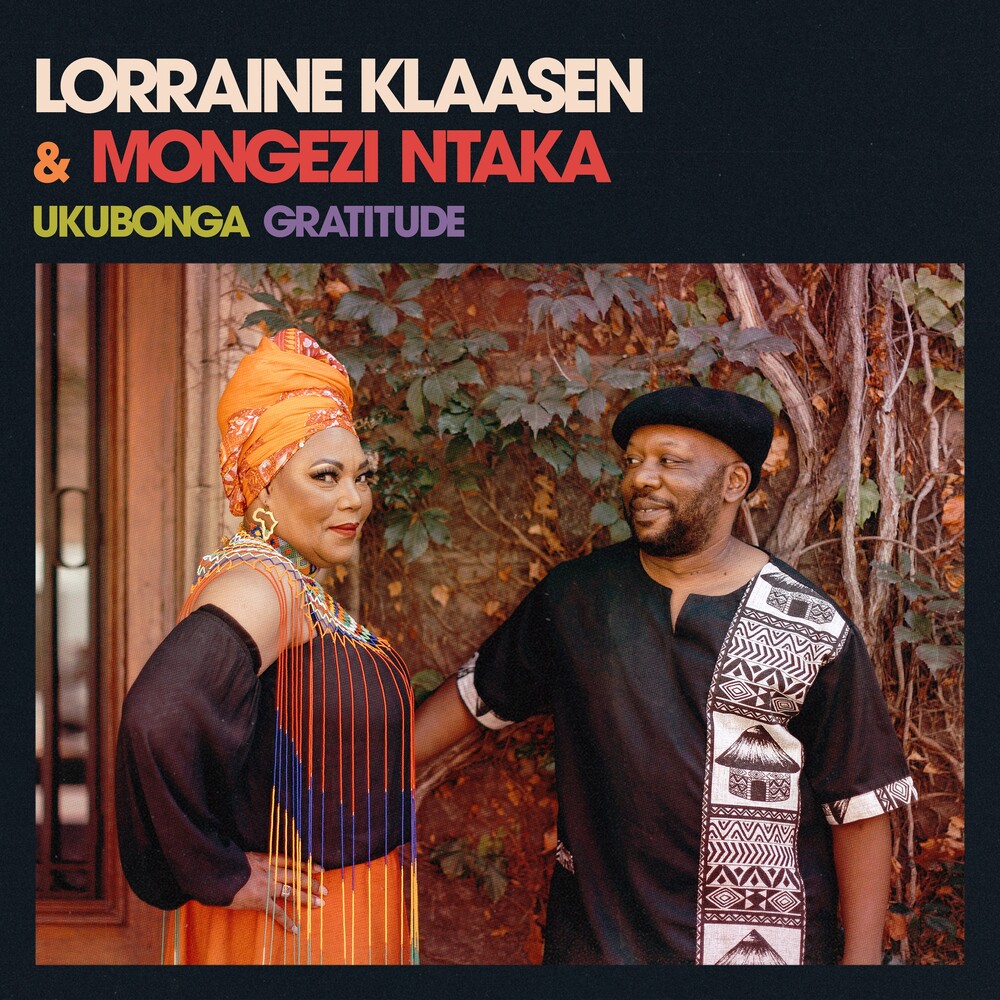 'Gratitude Ukubonga' is the latest release from Lorraine Klaasen and Mongezi Ntaka. It is a collection of songs from the Southern Africa's Township music songbook and features songs written by some of Southern Africa's celebrated singers and composers including Dorothy Masuka, Miriam Makeba, the Dark City Sisters, Dolly Rathebe, Mahotella Queens and Hugh Masekela. The Township music sound comes from a people who have endured and triumphed over very difficult times. Township music has preserved a lot of indigenous cultures of Africa through it's flexibility in adapting to new technologies and has also influenced political and social change. Both Lorraine & Mongezi experienced some of the conditions that this generation of artists experienced in South Africa during the dark years of apartheid but not to the extent experienced by these celebrated artists whose songs Lorraine and Mongezi are borrowing to remind Africans of the basic concept of gratitude. Lorraine Klaasen, the daughter of legendary South African Jazz singer Thandie Klaasen was born and raised in Soweto, South Africa. She has electrified audiences worldwide with her dynamic stage presence and showmanship. Mongezi Ntaka is a seasoned Township music guitarist who has performed, toured and recorded with accomplished South African and African artists including Lucky Dube, Vusi Mahlasela, Hugh Masekela, Jonas Gwangwa, Oliver Mtukudzi, Dave Matthews and Habib Koite.