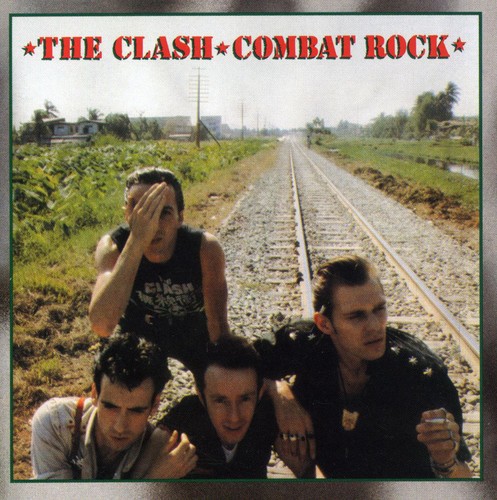 THis is their breakthrough studio smash! All tracks have been digitally remastered. THe new Clash documentary from VH-1 will air throughout the year 2000! So stock up.

''Combat Rock'' is the fifth studio album by the English punk rock band The Clash. It was released on 14 May 1982 through Epic Records. It was the last album to feature the classic line-up before Mick Jones was fired from the band and Topper Headon was kicked out for his heroin addiction.

Although the album includes different styles of music, it is considerably less experimental than their previous album ''Sandinista!''. In the United Kingdom the album charted at #2, spending 23 weeks in the UK charts. The album reached #7 in the United States, spending 61 weeks on the chart, and was certified platinum. (And eventually years later 2X Platinum.) - Wikipedia