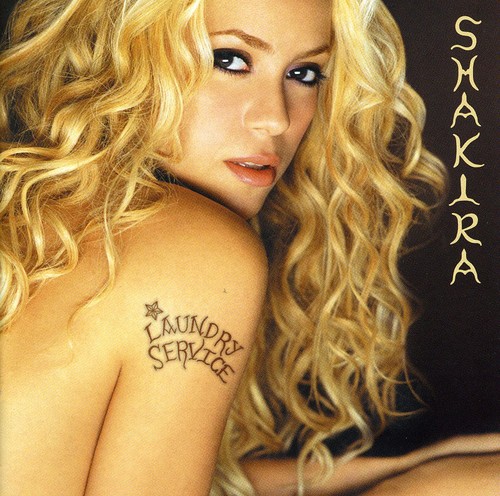 ''Laundry Service'' (''Servicio De Lavandería'' in Spanish-speaking territories) is the debut English breakthrough studio album by Colombian singer-songwriter Shakira, released on November 13, 2001 by Epic Records. All the songs on the album except ''Eyes Like Yours'' (which is a translation of Shakira’s trademark Ojos Así) are original and were fully or partly composed by Shakira. It also contains four songs in Spanish. Shakira recorded this album during almost two years in Uruguay and the Bahamas.

Musically the album is a fusion of many different genres and cultures. Every song, except of another language versions, is composed in completely different style. The title "Laundry Service" means when people wash all the mud from their body, the same thing can be said for the soul, the songs are like a soap for washing off negative energy, calling the album as the soul cleaner. Heavily influenced by South American culture, britpop and American rock and roll, the album gained generally positive reviews despite of some negative calls from Latin fans for seemingly abandoning her folk and rock roots in favor of contemporary American pop music. This album won dozens of awards worldwide, including the Latin Grammy Award in the category of Best Short Form Music Video.

The album reached the top three of the charts in both the United States and United Kingdom (after the re-release, it reached #2 in UK). Whenever, Wherever (and its Spanish counterpart Suerte), the first single from the album, was first heard in Colombia and the United States in late August 2001 and immediately became number one. Subsequently, the single was climbing the tops of charts in more than 30 countries during the period of over 6 months, eventually becoming the best selling single of 2002 worldwide. Shakira started the promotion in Colombia and Spain in October 2001 and then returned to the US for the American album release (November 13, 2001). There are also another three international singles Underneath Your Clothes (U.S. #9), Objection (Tango) and The One, that finally helped to recognize Shakira as a mainstream artist. Freddy DeMann, who worked with Michael Jackson, Madonna and Alanis Morissette, handled the management of that era of Shakira’s career and the promotion. For the first time she appeared in a number of American prime-time TV shows and open-air concerts and continued the promotion in Europe, South America and Asia up to July 2002.

Shakira supported the album with the "Tour of the Mongoose" with the worldwide audience of over 1.2 million people. ''Laundry Service'' is Shakira's best selling album to date and has sold more than 13 million copies worldwide. - Wikipedia