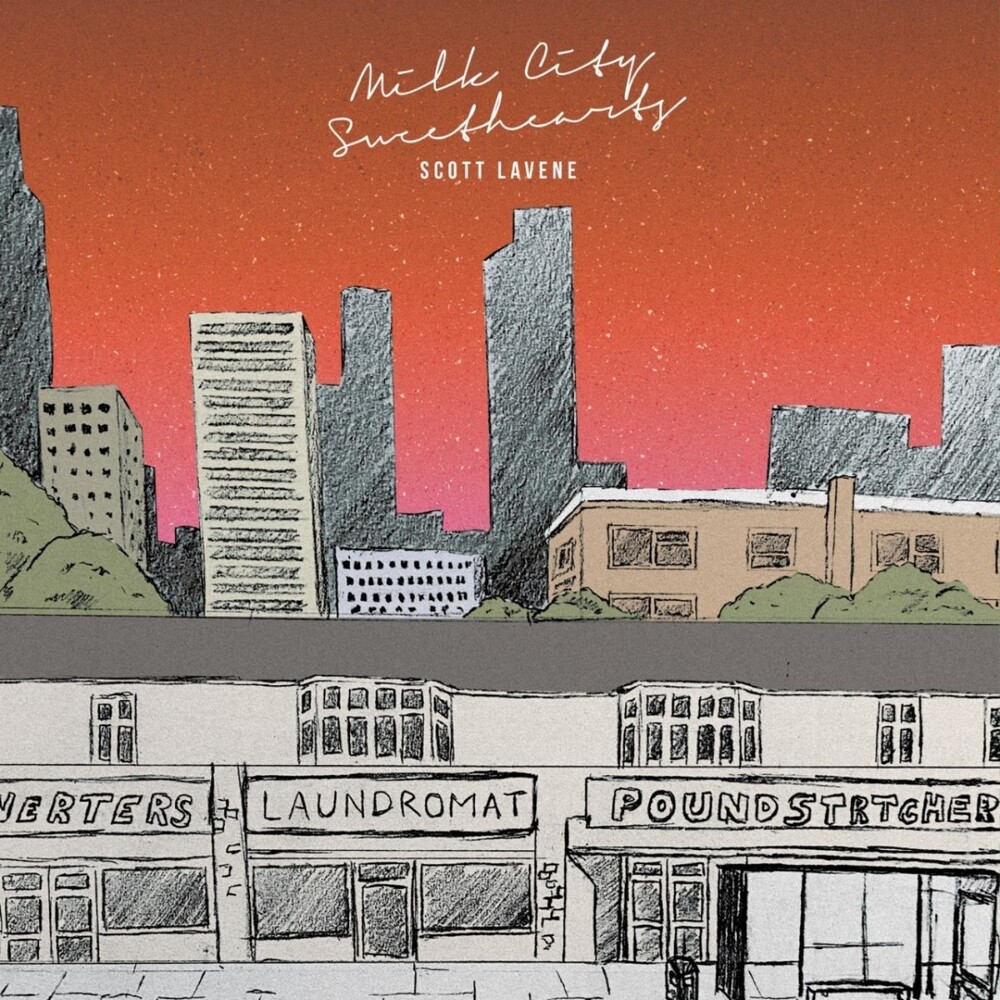 Born and raised in Essex, but a man of the world who has wandered far and wide, Lavene's a storyteller who can capture all the madness, joy and frustration of life while singing about worms writhing in the ground. Lavene's been in bands since his teens, but only really located the voice that makes his new album Milk City Sweethearts so remarkable - that combination of wry observation, humble wisdom, unguarded vulnerability and unpredictable humour - in a music workshop for alcoholics and addicts, long after he'd bid farewell to childhood dreams of pop stardom, and the ghosts and demons that accompany those dreams. He released an album as Big Top Heartbreak, 2016's Deadbeat Ballads, and followed it with his first album under his own name, 2019's droll and marvellous Broke. "I was signed to a little label in Bristol, but then they went skint," he remembers. This time, however, the disappointment didn't shake his confidence or his resolve. "I started writing prose, like 'flash fiction', and I've begun a novel," he says. "And I've started some creative writing workshops for people who've come out of my situation." And when he stands gazing at worms writhing in the mud, he sees the maddening, contradictory entirety of himself, and all of us. "I have an extreme personality," he says. "I can entertain a roomful of people, but what I mainly want to do is be alone. It's an honest and poignant song, but it's still really funny. I know I'm not the only person who feels that way. I've had people tell me my gigs made them laugh, and then moments later they wanted to cry. In the end, people want to feel things, don't they?" With his stories, Lavene makes us all feel a little less alone - he's that voice in our ear who always has a tale more weird, more tragic, more funny than our own, but in whose experiences we can see our own. Laughter, tears, madness and redemption reside within this magical songs, the full spectrum of existence. You'd be a fool to miss out.