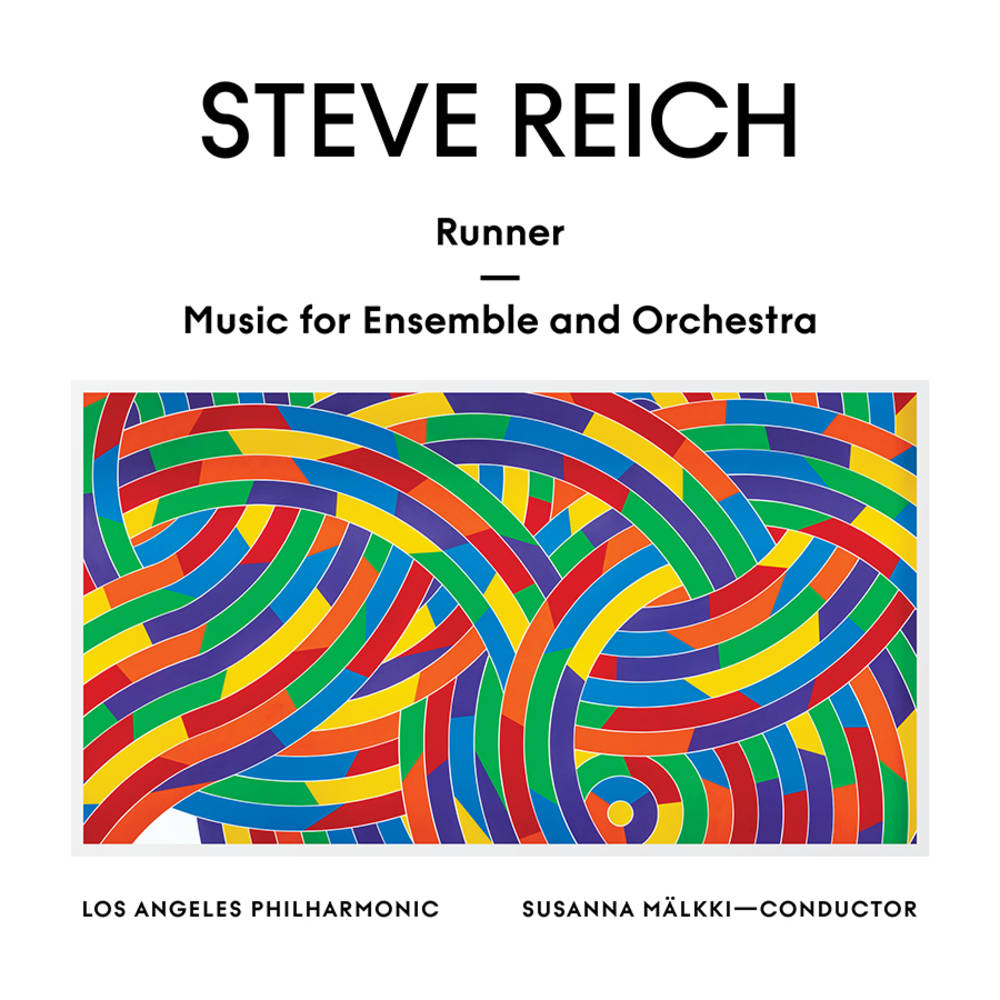 Nonesuch Records releases the first recordings of Steve Reich’s Runner (2016) and Music for Ensemble and Orchestra (2018), performed by the Los Angeles Philharmonic and conducted by Susanna Mälkki, available on CD on September 30, 2022; a vinyl LP version will be released on December 2.

Reich says Runner is written “for a large ensemble of winds, percussion, pianos, and strings. While the tempo remains more or less constant, there are five movements, played without pause, that are based on different note durations. First, even sixteenths, then irregularly accented eighths, then a very slowed-down version of the standard bell pattern from Ghana in quarters, fourth a return to the irregularly accented eighths, and finally a return to the sixteenths but now played as pulses by the winds for as long as a breath will comfortably sustain them. The title was suggested by the rapid opening and my awareness that, like a runner, I would have to pace the piece to reach a successful conclusion.”

“Music for Ensemble and Orchestra is an extension of the Baroque concerto grosso where there is more than one soloist,” the composer continues. “Here there are twenty soloists—all regular members of the orchestra, including the first stand strings and winds, as well as two vibraphones and two pianos. The piece is in five movements, though the tempo never changes, only the note value of the constant pulse in the pianos. Thus, an arch form: sixteenths, eighths, quarters, eighths, sixteenths. Music for Ensemble and Orchestra is modeled on my Runner, which has the same five movement form.”