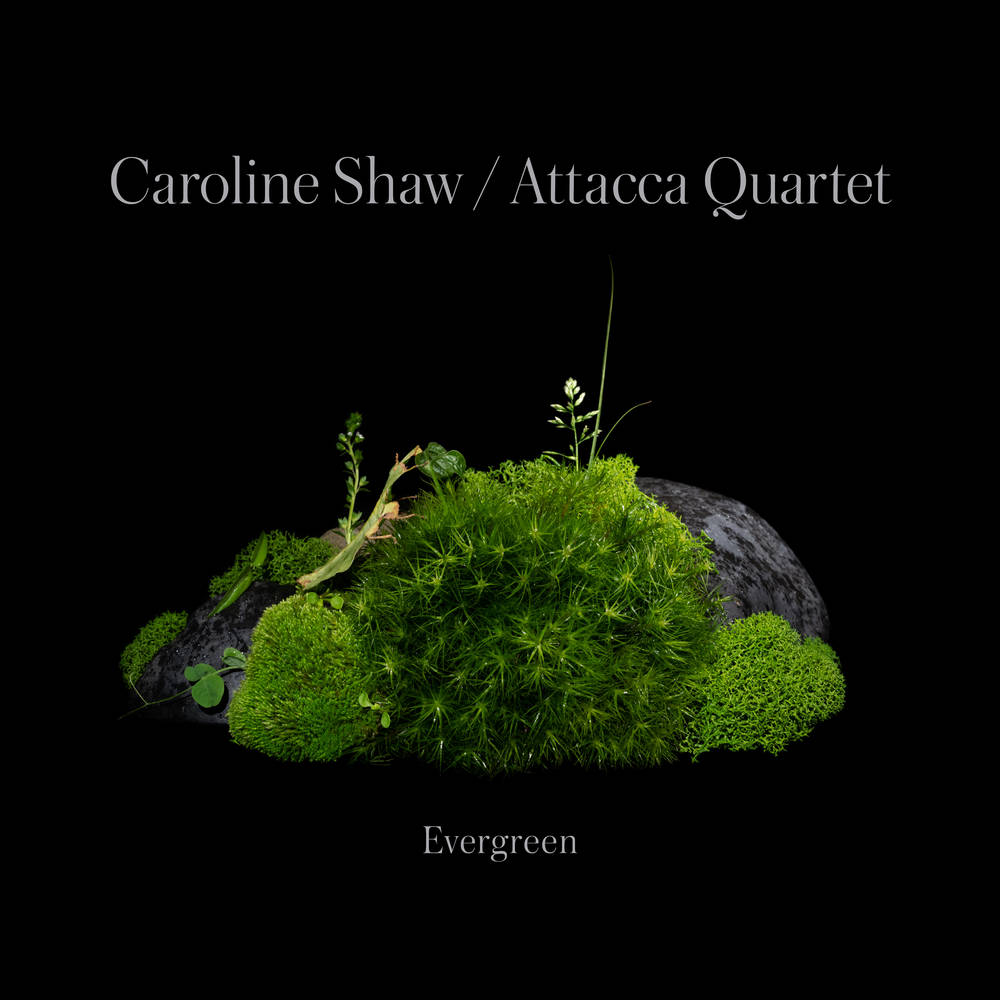 Following 2019’s Orange, which featured six of Shaw’s pieces for string quartet and earned Attacca Quartet a Grammy Award for Best Chamber Music/Small Ensemble Performance, Evergreen was built around the titular four-song suite, first performed by the Viano String Quartet in 2021. Shaw describes the work as an offering to one particular tree in an evergreen forest on Swiikw (Galiano Island), off the west coast of Canada. The album also includes Three Essays, a suite written for and premiered by Calidore String Quartet that addresses language’s power to stir emotion and spread information and ideas through written, spoken, and digital forms; And So, a piece composed for the Philharmonia Baroque Orchestra & Chorale and mezzo-soprano Anne Sofie von Otter as part of Shaw’s Is a Rose trilogy; Blueprint, a work originally composed for the Aizuri Quartet and relating closely to an early string quartet by Beethoven; Other Song, a piece written for the National Symphony Orchestra and originally released on Shaw's 2021 solo vocal debut, Let the Soil Play Its Simple Part; and an interpretation of Cant voi l’aube, a poem by twelfth century trouvčre, Gace Brulé.