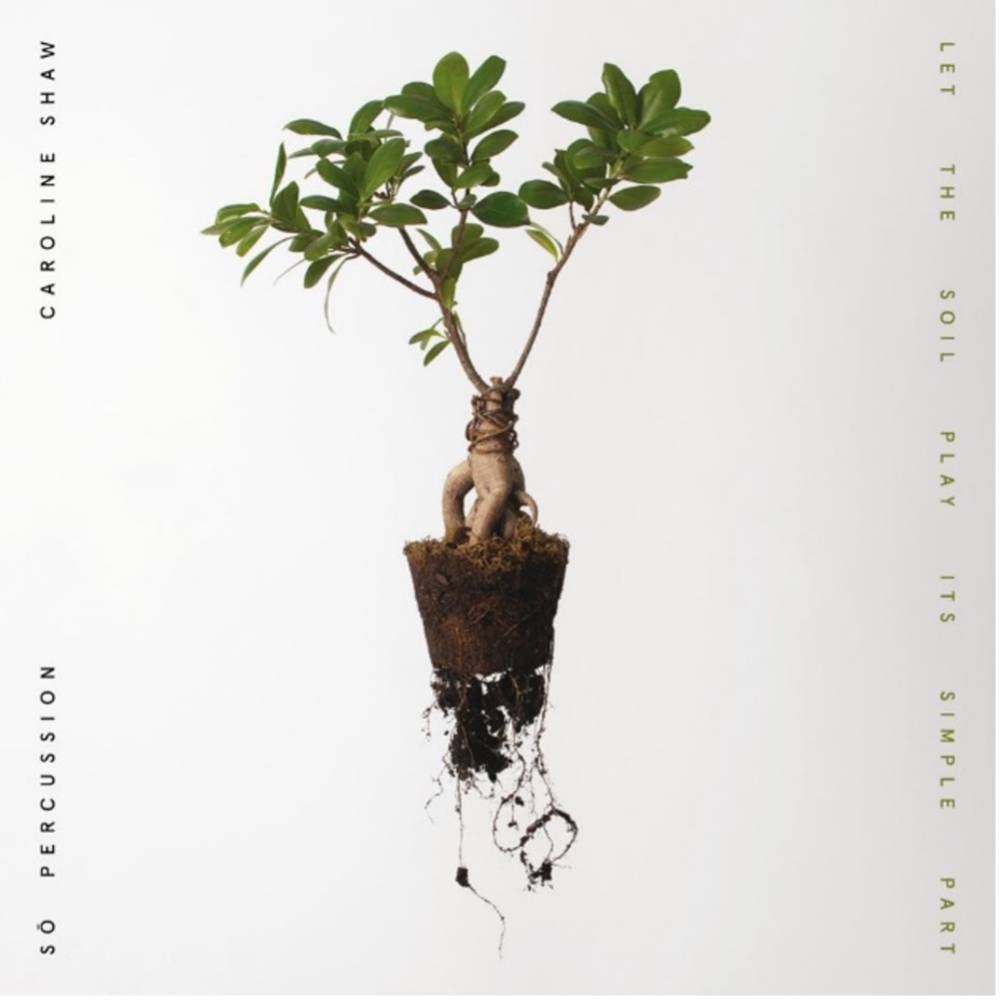 Nonesuch Records releases an album of songs written and performed by Caroline Shaw and Sō Percussion, Let the Soil Play Its Simple Part. The musicians, who have known each other since their student days, were presented with three days of gratis studio time and decided to experiment with ideas they had begun putting to tape during the sessions for their January 2021 Nonesuch release Narrow Sea. With Shaw on vocals and Sō—Eric Cha-Beach, Josh Quillen, Adam Sliwinski, and Jason Treuting—filling out this new band, they developed songs in the studio, with lyrics inspired by their own wide-ranging interests: James Joyce, the Sacred Harp hymn book, a poem by Anne Carson, the Bible’s Book of Ruth, the American roots tune “I’ll Fly Away,” and the pop perfection of ABBA, among others. The album is co-produced by Shaw, Sō Percussion, and the Grammy Award–winning engineer Jonathan Low (The National, Taylor Swift).