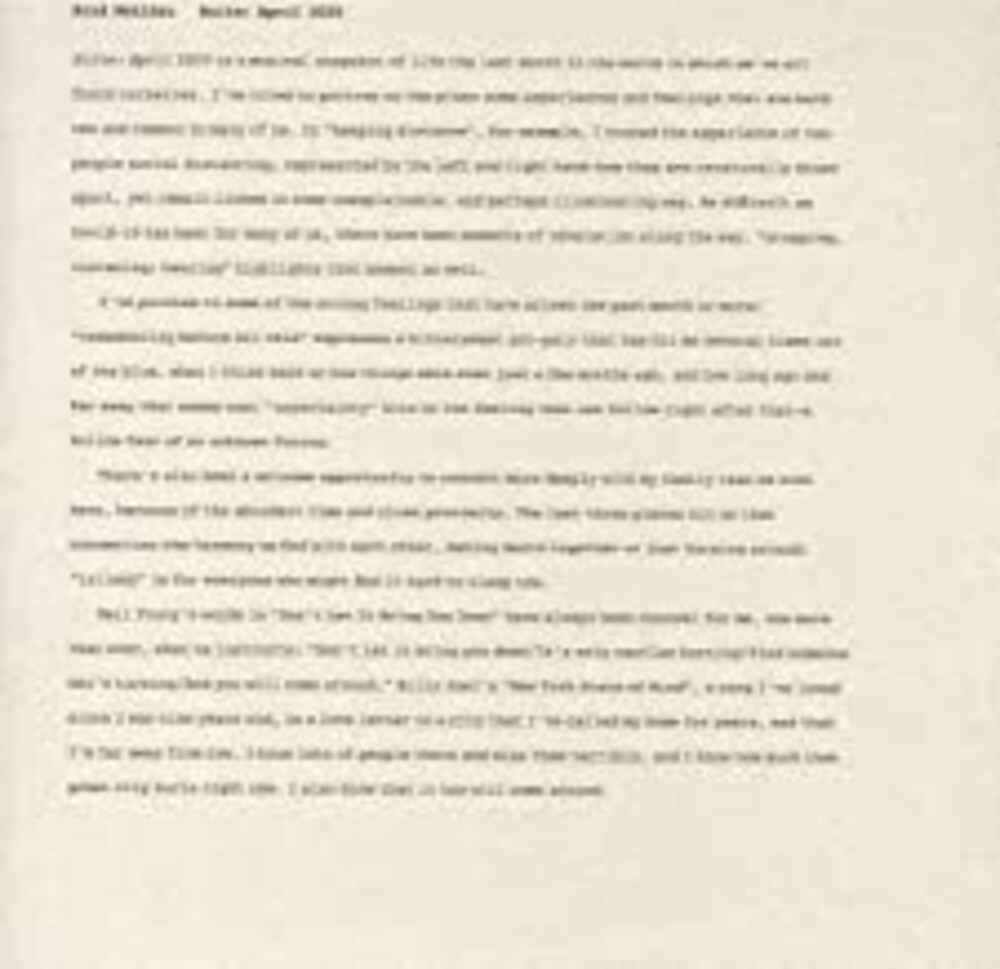 Although Brad Mehldau is best known as a jazz composer and improviser, he has made several albums that fall outside of the mainstream jazz genre, including his 2001 Largo, produced byJon Brion. In 2010, Nonesuch released his second collaboration with Brion, Highway Rider, which includes performances by Mehldau’s trio—drummer Jeff Ballard and bassist Larry Grenadier—as well as drummer Matt Chamberlain, saxophonist Joshua Redman, and a chamber orchestra led by Dan Coleman. Mehldau also orchestrated and arranged the album’s fifteen pieces for the ensemble. Mehldau’s 2014 collaboration with Mark Guiliana,Mehliana: Taming the Dragon was praised by All About Jazz as “another superlative effort in the career of a pianist who has been consistent in his commitment to excellence and genre-defying creativity—and one that shines a major spotlight on the stylistically unbound and similarly forward-thinking Guiliana.” Mehliana featured Mehldau on Fender Rhodes and synthesizers and Guiliana on drums and effects, playing twelve original tunes—six by the duo and six by Mehldau. The 2004 solo disc Live in Tokyo was Mehldau’s label debut. He has released seven albums with his trio: House on Hill, Day Is Done, Brad Mehldau Trio Live, Ode, Where Do You Start, Blues and Ballads, and last year’s Grammy–nominated Seymour Reads the Constitution! Also released last year was the solo album After Bach, which comprises the pianist/composer’s recordings of four preludes and one fugue from J.S. Bach’s Well-Tempered Clavier, each followed by an “After Bach” piece written by Mehldau and inspired by its WTC mate. Mehldau’s additional collaborative records on the label include Love Sublime, Metheny Mehldau, Metheny Mehldau Quartet, Modern Music, Nearness with Joshua Redman, and Chris Thile & Brad Mehldau. His solo records also include Live in Marciac and the eight-LP/four-CD 10 Years Solo Live, which the New York Times says “contains some of the most impressive pianism he has captured on record.”