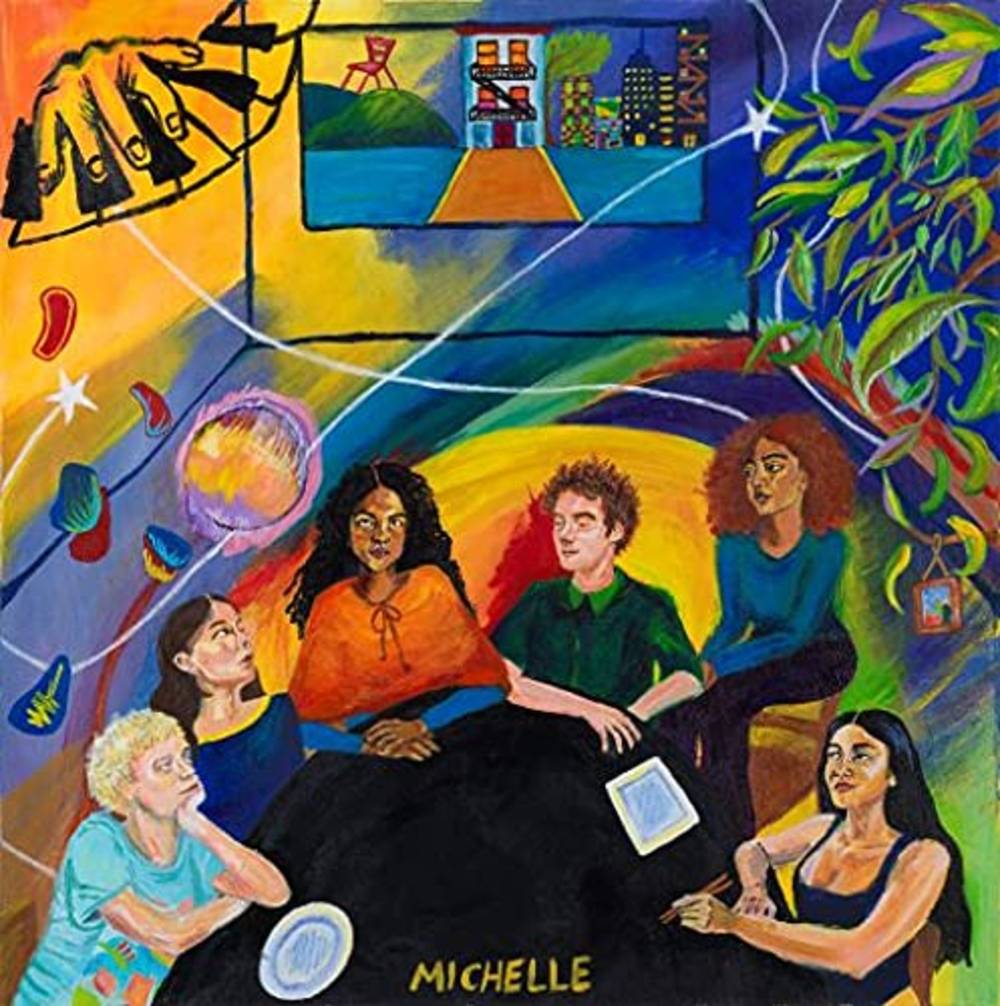 2022 release. Through sharing the sacred space of meals and the secret space of dreams, Michelle presents a picture of a band enthralled by their craft, a group capable of melding six unique perspectives and backgrounds into one cohesive, impressive collection. After Dinner We Talk Dreams is the culmination of what it means for six friends and collaborators to continuously reimagine their world on 14 succinct tracks. Born-and-bred New Yorkers, Michelle formed in 2018 around their celebrated debut album Heatwave. The band is comprised of Sofia D'Angelo, Julian Kaufman, Charlie Kilgore, Layla Ku, Emma Lee and Jamee Lockard. On the album, the predominantly POC and queer collective are closer than ever before as they continue to mix and match the writing and production groups amongst the six of them. The hallmarks of Michelle's music-layered vocal harmonies, analog synthesizers, vibrant percussion, smoldering hooks-dominate the sonic landscape of the album. Songs hop across genres, from funky R&B to bedroom slow jams to amped-up beat-heavy anthems and more. And the songwriting on After Dinner has been elevated as there is a depth and prowess at work that builds off the band's early songs, something they admit was learned by reflecting and allowing for artistic growth.