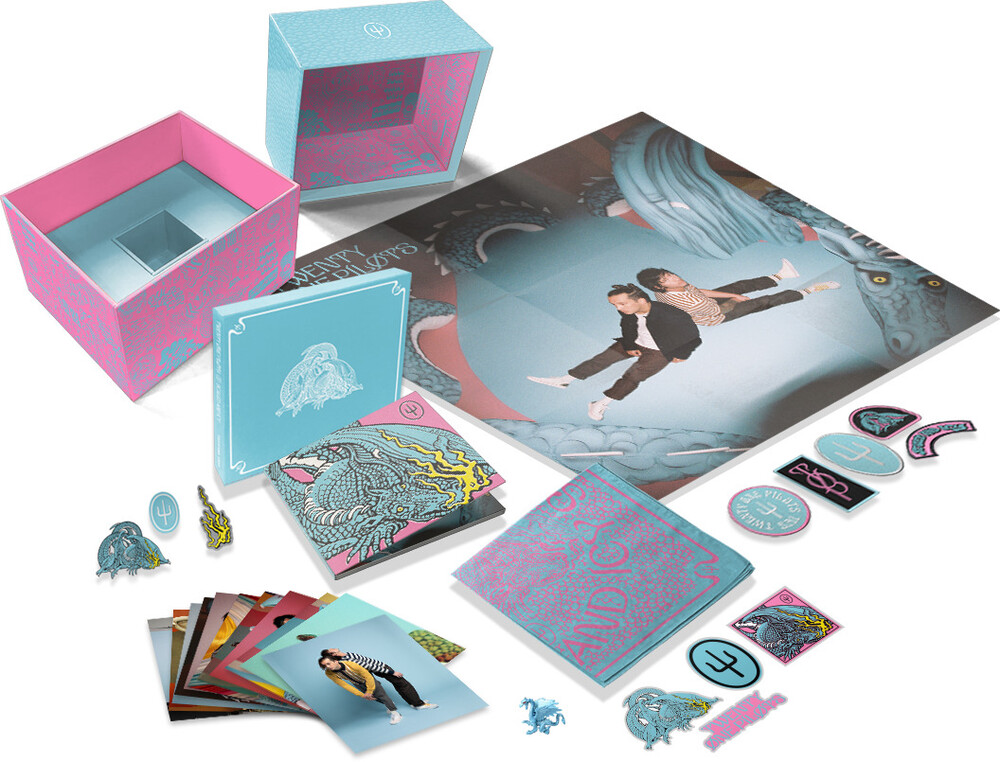 The duo, which initially formed in 2009 and released two albums on their own, began writing the songs while touring extensively on their Fueled By Ramen debut Vessel, which was released in January of 2013. The album landed in the Billboard Top 200 and at No. 15 on the Billboard Top Rock Albums chart, and has sold over 300,000 copies, as well as 1,000,000 singles. To support the album, which was No. 1 on Alternative Press' 10 Essential Albums of 2013, Twenty One Pilots embarked on a series of headlining tour

Twenty One Pilots' 2018 LP Trench ushered in a new era for the duo from Ohio. Earning Platinum certification from the RIAA, the album was met with critical acclaim with Billboard declaring, "Trench revels in the confounding genre-blurring and cavernous conceptualism that has defined Twenty One Pilots." A true global phenomenon having surpassed two billion streams worldwide, Trench is highlighted by the RIAA Gold and Platinum certified alternative hits "The Hype," "Chlorine," and "Jumpsuit." "Jumpsuit" stand

In 2019 Twenty One Pilots announced that their 2013 LP Vessel achieved a Gold & Platinum milestone with every individual track from the album receiving Gold, Platinum or Multi-Platinum certification from the RIAA. Twenty One Pilots' 2015 LP Blurryface was the first album of the digital era to achieve this feat back in 2018, making the duo the first artist / group with two albums to reach this landmark achievement.

In 2020, Twenty One Pilots surprised fans with standalone singles "Level of Concern" and "Christmas Saves The Year." "Level of Concern" reigned at Alternative Radio for 12 weeks straight and cracked the Top 25 on Billboard's "Hot 100" chart, while also achievingRIAA Gold certification, and propelling the band to victory at last year's American Music Awards where they took home the award for "Favorite Artist - Alternative Rock." "Christmas Saves The Year" arrived at the tail end of 2020 and debuted on Billbo

Furthermore, Twenty One Pilots scored one final accolade in the final moments of 2020, officially breaking the GUINNESS WORLD RECORD for the longest music video with their history-making regenerative visual for "Level of Concern." Conceived by the band with interactive director Jason Nickel, and award-winning storyteller / director Jason Zada, the first-ever `Never-Ending Music Video' pulled in fan created content from over 162,000 user submissions, in real time, live on YouTube.Powered by Imposium, every three minutes and forty seconds a new music video was created and streamed live to YouTube, containing brand new content from fans. Besting the previous record holder, Pharrell and his 24-hour long video for “Happy,” Twenty One Pilots’ ‘Never-Ending Music Video’ for “Level of Concern” broadcasted for 177 days straight.